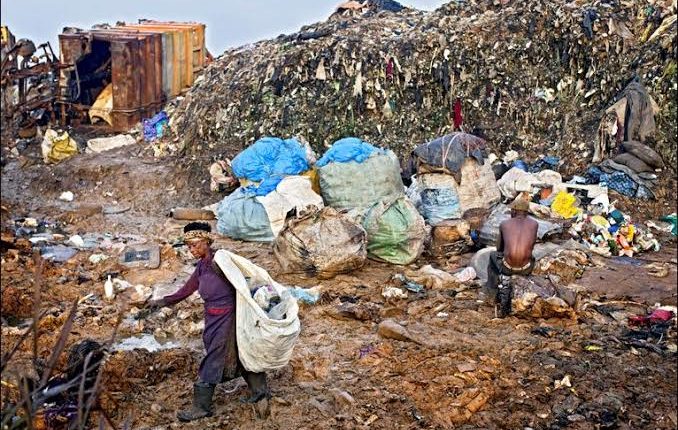 No fewer than 4,000 mechanics would be displaced by the Lagos State Government, following the planned expansion of Olusosun dump site to the approved mechanic village in Ojota.

The planned expansion Olusosun, it was gathered would displace the artisans who had restricted their activities to the confines of the approved mechanic village by the state government.

The Guild gathered that the General Manager, Lagos State Waste Management Authority, LAWMA, Muyiwa Gbadegesin, stormed the village with other staff of the agency and instructed the artisans to vacate the approved premises.

Worried by the impact on its members, the Nigeria Automobile Technicians Association, NATA has appealed to the State Governor, Babajide Sanwo-Olu, to intervene and stop the planned expansion of the dumpsite to the approved Ojota Mechanics Village.

The Chairman Ojota Branch of the association, Prosper Ampeh, in an interview with newsmen yesterday, said that it has come to their notice that management of Olusosun dump site wanted to extend their operations toward the mechanic village.

According to him, the association has been informed to vacate about four hectares of its site use as Ojota mechanics village for the purpose of extending the Olusosun refuse dump site located at the entrance of the state.

“We are begging the state governor, at the same time sending save our soul message to him to consider the over 4,000 artisans working at the village presently.

“There are over 4,000 different artisans working in the mechanic village excluding Industrial Training (IT) students from various tertiary institutions that often come for their practical. We are appealing to the State government to consider us and suspend the plan,” he added.

Former Chairman of the association, Rasak Ayoola, also appealed to the State Government not to throw the huge number of then artisans at the mechanics village to the labour markets.

According to him, many artisans will definitely become jobless if they displaced from their workshops. These are married men who are depended upon by several other residents of the state.

“Our members participate effectively during election period, government should not compensate us in this manner by throwing us out of our jobs with this decision, we are begin the governor to consider us,” he said.

Ayoola noted that the presence of refuse dump site at the entrance of the state was not advisable.

According the state had made a pronouncement of evacuating the dump site site from Ojota so as to give a good impression to visitors coming to state for business or for tourism purpose.

“Presence of dump site in such a strategic place is no more befitting the state that is working toward becoming a mega city, state should expedite its action in evacuating the refuse site from its entrance to give good impression to visitors.

Another ex-chairman of the association, Shina Oyekunle, also decried level of environmental and water pollutions the refuse has caused to the various communities in the area.

According to him, many residents within the community find it difficult to access portable water due to pollution from the refuse site.

“We cannot dig well in this community because the water has been polluted as a result of the refuse being buried in large quantity on the ground at the site.

“Many well waters have been polluted, residents are very careful to during well water in this area as result of pollution,” he said.