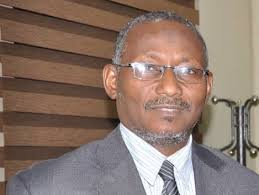 The Kano State Government has discharged 40 health workers from isolation centers within the state, after the former coronavirus infected medical personnel tested negative for the deadly viral pandemic.

It said that the 40 persons had received consecutive negative test results for the infection, thus, confirming that the health workers were successfully treated and recovered from the contagious disease.

The Chief Medical Director (CMD) of the Aminu Kano Teaching Hospital (AKTH), Abdurrahman Sheshe, revealed that about 50 health workers had contacted the deadly illness at the medical facility and that the coronavirus patients were admitted and treated at the state isolation center.

Sheshe made the confirmation through a statement released on Thursday, in which he stated that 40 of the 50 infected health practitioners had recovered and tested negative for the illness and that the former patients were consequently discharged and allowed to reunite with family.

He said that the remaining ten coronavirus infected health workers were responding well to treatment and expressed his optimism that the patients might also be discharged in coming days.

“It is really a thing of joy to share with you that the review on the tests conducted on those workers who were infected with COVID-19 some weeks ago and put in Isolation has just been forwarded to me and forty of them tested negative, no death recorded”, he said.