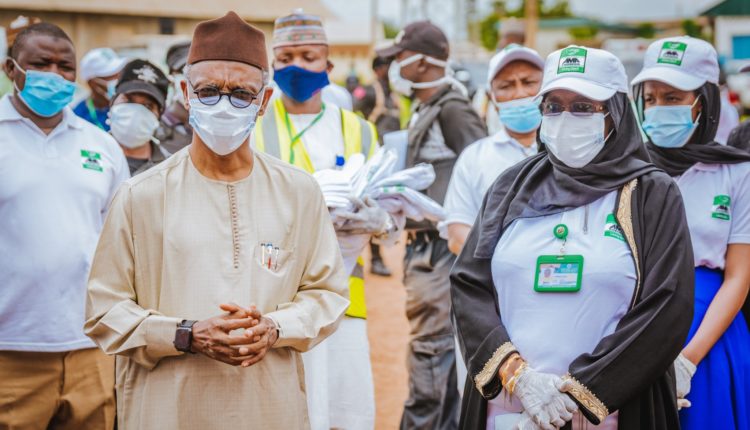 The Kaduna State Government has disclosed the discharge of a four month-old child  coronavirus patients, after testing negative consecutively to the global pandemic.

It explained that the discharge of the child, alongside other 148 patients from various isolation centers across the state, were effected after the former patients tested negative twice and certified free of the novel infection.

Recall that the state’s Ministry of Health had claimed that the father of the four month old child who tested positive for the deadly respiratory infection has travel history to Kano.

The state’s Commissioner of Health, Dr. Amina Baloni, said the one hundred and forty-nine total discharge effected in the state were out of the total two hundred and thirty-two confirmed cases recorded in the state.

The Commissioner, while briefing newsmen on Saturday, also revealed that the state has recorded seven fatalities to coronavirus related complications, adding that there were still 76 active cases in the state as at Friday.

According to her, the coronavirus have been recorded in 33 wards in nine local government areas of the state, including Chikun, Giwa, Igabi, Kaduna North, Kaduna South, Makarfi, Sabon-Gari, Soba, and Zaria, saying the data shows that 80% of the infected persons are male

Baloni revealed that most of the cases, according to available data, have history of interstate travel or are contacts of infected persons.

‘’The total number of 232 cases reported, 149 have been discharged, while  7 deaths have been recorded.’’

‘’The state has tested almost 2000 samples, but case numbers are likely to rise further as more tests are conducted in more places,” she said

The Commissioner, however, said the government had in addition to public health warnings to avoid interstate travel, state health officials have been engaged in vigorous contact tracing to contain the spread of the infections.

‘’The Ministry has further stepped up active case searching and testing in communities to stem secondary infections.

“The testing capacity of the state is being enhanced to enable more aggressive testing in the coming weeks,” she said.