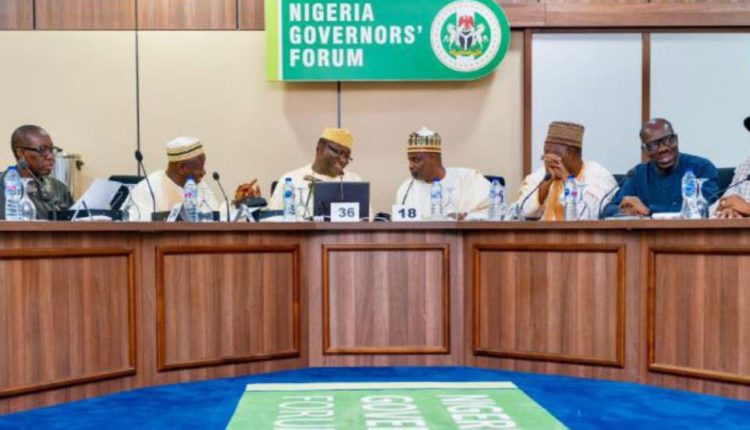 The Nigerian Governors’ Forum (NGF) has disclosed that it members, consisting the 36 state governors would be meeting to dicuss matters of national importance, particularly the planned industrial action by the Nigeria Labour Congress (NLC).

It explained that the emergency meeting had become imperative after the NLC announcement that its members would down tools in demanding that the Federal Government rescinds its decision on the recent hike in the prices of petroleum products and electricity.

The NGF’s Head, Media and Public Affairs, Abdulrazaque Bello-Barkindo, said that the governors would center discussions on ways to avert the impending strike and possibly explain the government rationale behind the recent hike in prices of petroleum and electricity tarrif in a close-up manner to the NLC members.

Through a statement released to newsmen yesterday, Bello-Barkindo, said that the emergency meeting scheduled for 6:00 p.m. on Thursday (today) would also seek ways of settling the rift and find a mutual agreement.

According to him, all governors were expected to attend the first NGF emergency virtual teleconference to consider the matter of urgent national importance.

“The matter needs to be quickly resolved in order not to worsen the already bad situation of Nigerians as caused by the COVID-19 pandemic,” the statement said.