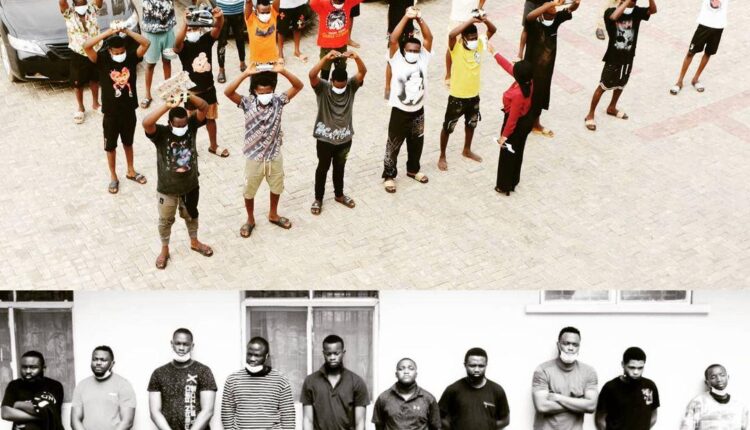 The Economic and Financial Crimes Commission (EFCC) has arrested 34 suspected internet fraudsters over their alleged involvement in various cyber-crimes across the country.

The anti-graft agency said that 24 students and 10 other associates were rounded up by its operatives in separate operations in Apete area of Ibadan, Oyo, and Lagos State.

If found guilty, the 24 students under EFCC detention risk their studentship with their institutions after the commission charged them on various fraudulent actions.

As gathered, the suspects, said to be all-male, were reported to have been arrested by personnel attached to the anti-graft agency’s Ibadan Zonal Office on Thursday.

Confirming their arrest, EFCC’s Head of Media and Publicity, Wilson Uwajaren, in a statement made available to newsmen on Thursday, stated that the suspects arrested by EFCC personnel followed actionable intelligence on alleged Internet-related crimes perpetrated over the years by the suspects.

The EFCC spokesman further listed the items recovered from the suspects to include mobile phones and laptop computers.

Uwajuren added that the suspects have voluntarily made useful statements and would be charged to court as soon as the ongoing investigation was concluded.