14 passengers die, five others rescue after bus plunges into… 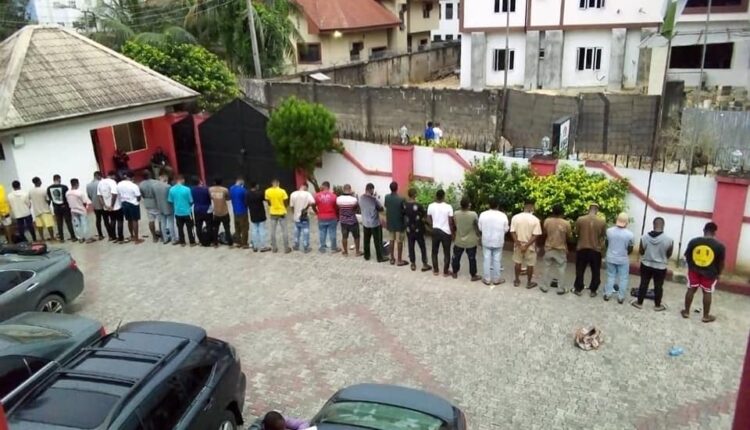 No fewer than 33 online enterprenuers across Cross Rivers State have been arrested and put under detention by the Economic and Financial Crimes Commission (EFCC) over alleged internet scam known locally as ‘Yahoo Yahoo’.

As stated, the 33 suspected internet fraudsters were arrested during a sting operation at different locations in Calabar, Cross River state by EFCC operative from Uyo Zonal Command

The anti-graft agency explained that seventeen of the arrested suspects were picked up at a location on Post Office Street, Royal Estate, off Ekot Onin, while ten were apprehended at No.1 Marian Owan by Lemena junction. The other six suspects were arrested at Parliamentary Extension, Calabar.

The EFCC added that at the point of arrest, several laptops and mobile phones were recovered from the suspects. Also recovered are three Lexus saloon cars with registration numbers: LAGOS – AKD 56 FQ, ABUJA- KUJ 79 BM and IMO – UMG 956 KU; a Toyota Camry and a Honda Accord with registration numbers LAGOS – APP 368FY and OYO – BDJ 476AQ respectively.

Furthermore, the anti-graft agency stated that the arrested suspects would be charged to court as soon as the investigation was concluded.