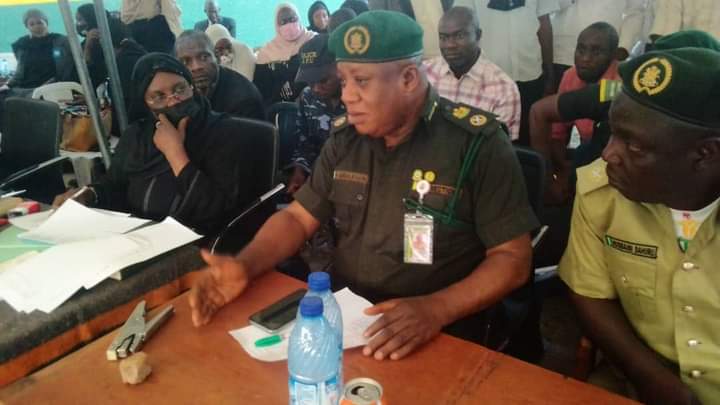 No fewer than 31 inmates have been allowed to walk free and reunite with their relatives after several months in the Correctional centre without undergoing any trials in Niger State.

The 31 inmates also include inmates whose case files were either lost and others without files as well as inmates battling with terminal ailments and those who exhibited good conduct while in custody.

As gathered, five of the inmates s t free had acquired vocational skills such as tailoring and catering services in Minna old custodial centre were among those released during the jail delivery exercise between 1st and 2nd February,2022.

This 31 inmates were set free by the chief judge of Niger state, Justice Aisha Bwari at the Minna old and New custodial centres respectively.

Bwari dispensed judgement on the 31 inmates yesterday as part of her last assignment as the chief judge of the state.

The outgoing judge commended the Nigerian correctional service personnel for the wonderful job they are doing in Reforming and Rehabilitating offenders and empowering them with vocational training that makes them self reliance after their sentences.

Th judge further charged the freed inmates to be of good conduct and law abiding by avoiding crimes that could lead them into incarceration.

In his address during the exercise, the controller of Corrections, Niger state command, Salman Abdulkadir, expressed appreciation to the retiring CJ and her team for the visit, describing it as timely.

Salman added that the gesture will go along way to decongest the facilities and give the inmates a sense of hope that would eventually, promote peaceful atmosphere in the yards.

The controller prayed God to reward the chief judge and her team as she bowed out of the judicial service.

Earlier, the Correctional Boss for the state, Salman Abdulkadir, equally warned the discharged inmates to desist from crimes and be of good conduct as according to him, “the present administration will not take it easy with anybody that engage in activity that could threaten the peace and security of the nation”

He therefore called on them to go out and sin no more by meaningfully contributing to the development of themselves and the country in general.

The chief judge who will finally exit from the state judiciary as the 7th chief judge in Niger state on the 26th February 2022 will continue with her last jail delivery assignment in Bida, Agaie, and lapai correctional centres by next week between 7th and 8th February,2022.