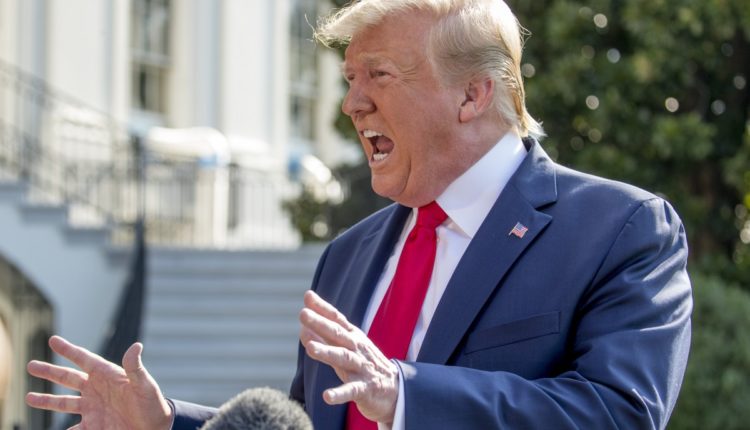 Share
By Olawale Abdul-Fatah
The President of United State, Donald Trump, has disclosed that over $300 billion was spent annually to protect lives and property of illegal immigrants trooping into the country.
Trump added that anyone supporting continued allocation of such funds was doing that for political reasons, saying, plans were in motion to block such loopholes.
He disclosed the statistics on Friday on his personal twitter handle, stressing that any plan to scuttle the move would not succeed because it was the right decision the country could take.
The President argued that the decision to stop the continued funds was because he considered the country interest ahead of other gains.
According to him, illegal Immigration costs the USA over 300 Billion Dollars a year. There is no reason for this, and things are being set in motion to have this number come way down.
“Democrats could end Loopholes and it would be a whole lot easier, and faster. But it will all happen anyway.
“VERY stupidly negotiated Trade Deals, and Illegal Immigration, are a tremendous cost and burden to our Country.
They are both coming along very well and someday, in the not too distant future, America will see a very positive change. Remember, America First!”