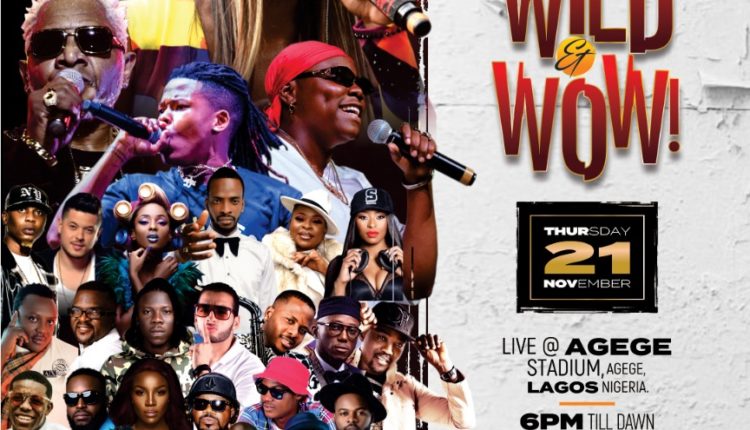 For a first time AFRIMA appearance, the international Congolese music veteran, Awilo Longomba will bring his extraordinaire energy and sensual dance moves to play. Also performing is, Sauti Sol from Kenya, Rayvanny from Tanzania, Daphne from Cameroon; Anna Jone from Angola, Toofan from Togo, Aminux from Morocco, and Kanvee Adams from Liberia.

Speaking on the upcoming event, Project Lead and Head of Media, AFRIMA, Sola Dada, disclosed that this year’s event was organised based on their experience at the last edition in Ghana which left the crowd yearning for more.

According to him, the 6th edition holding this year will surely surpass previous ones held in the continent, saying, it is no doubt this year’s AFRIMA Music Village attendees will leave with utmost fulfillment.

“The decision by the International Committee of AFRIMA to change the venue and take the concert closer to the grassroots in Agege Stadium, Agege Lagos where die-hard and loyal music lovers are, is to avail them the opportunity to experience their favorite African stars perform live on stage. From its inception, the concert has catered to its audience creating an experience that stays with them for a long time”.

To attend the music concert, Dada explained that attendees must get a branded AFRIMA T-shirt at just N2,000 = (USD5.5) on the AFRIMA website www.afrima.org or at the concert venue.

In partnership with the African Union Commission, AFRIMA is committed to the stimulation of conversations among Africans and between Africa and the rest of the world about the potentials of the cultural and creative economy for real enterprise on the continent, contributing significantly to social cohesion and continental integration as well as sustainable economic growth and development in Africa by lending its voice to promotion of education and campaign against extreme poverty and preventable diseases.