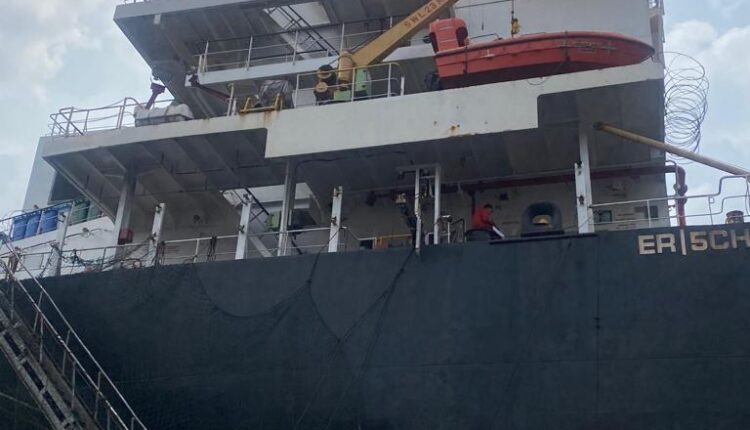 The plans by 22 foreign ship crew members and their seven Nigerian friends to reunite with their family after their trip to the West African nation may not come any moment soon following the Federal High Court sitting in Lagos ruling that they should be remanded for allegedly trafficking 32.9 kilograms of cocaine into the country.

As gathered, among the 22 foreign ship crew members approved by the court to be kept in the National Drug Law Enforcement Agency (NDLEA), custody, alongside their Nigerian partners, was the ship captain, Tanahan Krilerk.

Aside from granting their detention, the court also approved NDLEA’s application that it should be attached to the vessel, MV Chayaneenaree, which was allegedly used to import 32.9 kilograms into the country.

NDLEA application was contained in the suit with reference no: FHC/L/CS/1518/2021, which was filed by the agency’s Director of Prosecution and Legal Services, Joseph Sunday, and was granted yesterday, barely 24 hours after its presentation before the court.

In the ruling delivered by Justice A.O. Awogboro, the court stated that NDLEA’s request was granted after it become clear that the vessel was used to transport the illegal product items seized by the applicant earlier in the month.

The court, before adjourning the case till 25th November 2021, further said that the vessel at Apapa port would remain under the anti-drug agency’s supervision pending completion of investigation and filing of the charge and prosecution of the suspects.

According to the court, an order of remand is hereby further granted to the Applicant to remand the Master of the Vessel, Tanahan Krilerk and 21 other crew members of the said Vessel and 7 other persons arrested in connection with the case for a period of 14 days pending investigation and filing of a criminal charge.

The anti-narcotic agency, through a statement by the Director for Media, and Advocacy, Femi Babafemi, on Saturday, hinted that the suspects were arrested following intelligence from international partners and support from other security forces such as the Nigerian Navy, Customs, DSS, and the police.

NDLEA noted that they were arrested after a thorough search of the ship which led to the recovery of 30 parcels containing cocaine, which weighed 32.9 kilograms.

The agency statements read in part: “Investigations into the seizure have been yielding more arrests of suspected local collaborators, as a result of which the Chairman/Chief Executive of the Agency, Brig. Gen. Mohamed Buba Marwa (Retd) on Tuesday 26th directed that an application to attach the ship and detain the suspects for two weeks pending the conclusion of investigation and filing of criminal charges against suspects be filed in court”.