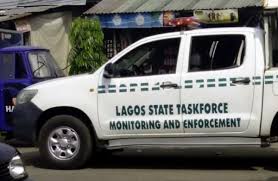 No fewer than 26 commercial motorcycle operators popularly called Okada riders were said to be under detention after attacking officials of Lagos State Taskforce on environmental and special offenses Unit enforcing road traffic law on Lagos-Abeokuta expressway.

The 26 riders were among the over 200 Okada operators that attacked Lagos Taskforce personnel even after the latter appealed that the commercial motorcyclists desist from plying the road including the dedicated lane for state-owned Bus Rapid Transit (BRT) buses, which were listed among the over 400 outlawed for okada riders in the state

As gathered, the protest started on Wednesday when the law enforcement officials met with the transporters at Ile-Zik end of the road and asked that they leave the road but the operators kicked against it and insisted that since they pay levies daily to councils, there was no reason for restricting them from plying all roads in the state.

It was learnt that the law enforcement officers, who were said to be less in number, while appealing to the operators to leave the road, sighted over 200 commercial motorcyclists armed with sticks and other items that could cause body injuries, moving to their location and retreated immediately to avoid fracas.

Realising that the agency personnels’ were already retreating, the operators allegedly chased the security operatives and vandalised public facilities that were within their reach during the protest.

Eyewitnesses said that the security personnel returned to their vehicles and left the scene after they were overpowered by the riders who were accompanied by hoodlums to ensure that the law enforcement officers do not carry out their duties.

A source closed to the Taskforce told The Guild that the operatives left the scene to avoid a repeat of what transpired in Mile 2 and other parts of Amuwo-Odofin Local Government where an official sustained injuries and two trucks vandalised by the riders on Apapa-Oshodi Expressway.

The attack came barely 24 hours after the law enforcement agency personnel were attacked by commercial motorcyclist plying Apapa-Oshodi Expressway while trying to restore sanity with enforcement of road traffic law on Lagos roads after the EndSARS protest across the state.

A resident, Mike Ike, disclosed that after the personnel left, the protesters took over the road and set up burn fires to further scare motorists on the road.

Ike added that the riders also attacked BRT, claiming that the funds expended on its procurement were an accumulation of their levies and that the buses operation should not prevent them from using the dedicated line created by Lagos State Government.

Another source narrated that minutes after the protesters had taken over the road, the taskforce officials reinforced and arrested over 26 riders to restore normalcy on the road.

Although the Lagos taskforce was yet to comment on the issue, another impeccable source disclosed that the visit to the axis was basically not to arrest but to ensure compliance with the state 2012 road traffic law.

The source, while arguing that the fight against Okada menace required efforts from residents, stated that since the EndSARS protest last month, motorists and motorcyclists have been having a free day with utmost disregard for traffic law including driving against traffic on major roads; an action that often created gridlock.

He lamented that motorists’ disregard for road traffic law had become a major negative impact on government effort to address gridlock on Lagos roads.

According to him, they have become a major threat to ongoing efforts to reduce travel time on Lagos roads and that was why about 169 vehicles were impounded for various traffic offenses.

“Out of all those arrested, 35 who drove one-way had their vehicles confiscates to the government after pleaded ‘Guilty’ by the Lagos State Mobile Court. 75 who were arrested for driving on BRT corridors had equally been convicted by the court with a fine of N70,000 to be paid to the government

“131 motorcycles have been so far impounded by the Agency for plying restricted routes since the end of EndSARS protest across the State”, he added.