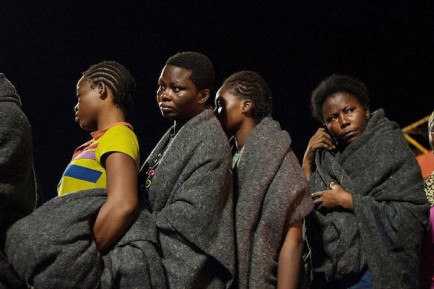 No fewer than 250 human trafficking survivors have undergone intensive rehabilitation and various empowerment programmes put together by stakeholders to ensure the Nigerians are reintegrated back into the society with renewed hope.

As gathered, the empowerment programmes where the 250 survivors were trained on different skills was aimed to giving them live tools to survive banking on the skills they learnt during the programme.

The survivors who were picked across the country were trained at a two-year Capacity Building Project with the theme: “Enhancing the Human Dignity of Survivors of Human Trafficking in Nigeria” organised by the Media Coalition and Awareness to Halt Trafficking (MeCAHT) and EXSIST in partnership with the National Agency for the Prohibition of Trafficking in Progress (NAPTIP).

Speaking on behalf of the stakeholders, the Director of EXIST, an International NGO, Karin Kjaergaard, said that the organisations came together and trained the survivors on different skill acquisitions.

According to her, we saw the need for the rehabilitation program and to also offer homes where the girls will have a good time, food and live in a conducive place so we decided to do the training in those houses for two years.

“We are ready to go public and share what we have learnt and tell the world that there is a possibility of living a good life with good identity and dignity of livelihood. We want them to develop their skills so that whenever they are ready to leave the safe houses to continue with education, business or skills, we will support them financially so that they will not look back to their former lifestyle.

“The investments that we have done is a good foundation for the survivors to tell their stories and share what they have learnt with news the ones , ” she said.

On the issues of insecurity in the country, she called on all stakeholders to put hands-on-deck to ensure that they provide the necessary protection and assistance that the victims need.

“The world facing unprecedented crisis resulting from the persistent threat of insecurity and other forms of violence in the country, particularly Boko Haram insurgency, banditry and kidnapping among others have increased vulnerability of victims of trafficking.

“In the last few years, there have been reports that a large number of Nigerians are trapped in sexual and labour exploitation in various African, Asian and European countries, apart from the hundreds that continue to die in Sahara desert and the Mediterranean Sea,” she said.

Also speaking, the immediate past DG NAPTIP, Julie Okah-Donli, stressed the need for the government to provide basic needs for counsellors who engage these survivors in training. She commended the NGOs for the gesture and encouraged them to do more, adding that training and retraining should continue as it was a work in progress.

“We need to start from creating awareness and sensitisation from the grassroots. If we carry out massive sensitisation all over Nigeria, human trafficking will be reduced to at least 90 per cent,” she said.

A survivor, Shakira James, who spoke to journalists called on other victims to come out and own up to their former lifestyles so that they would benefit from the capacity building.

Chigozirim Nnoroba, another survivor, said that she learnt a lot and did not regret leaving her past behind to key into the initiative .She thanked the International organisations for the gesture and promised to explore more.