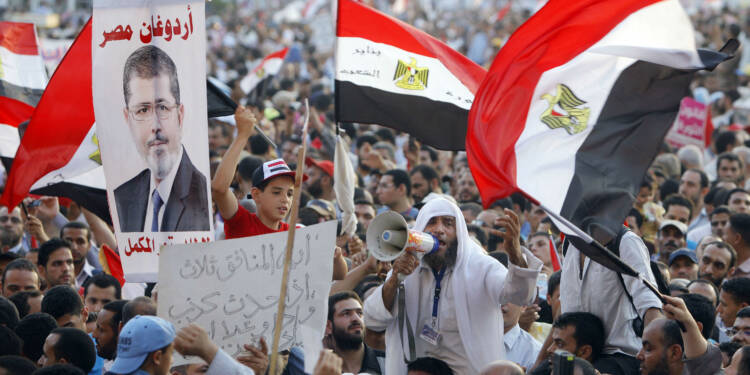 An Egyptian court has sentenced 24 Muslim Brotherhood members to death for killing police officers during two separate cases across the country.

Of the 24 convicts, no fewer than Eight of the 24 were tried in absentia by the court, even though capital punishment for civilian convicts in Egypt, the Arab world’s most populous country, is carried out by hanging.

The Damanhour Criminal Court, north of the capital Cairo, convicted the group of several crimes, including the alleged bombing of a bus transporting police officers in the coastal city of Beheira governorate in 2015.

After the bomb exploded, no fewer than three policemen were reported to have been killed and dozens of others involved in the accident were said to have sustained varying degrees of injuries.

The other case, also comprised of Brotherhood members and tried by the same court, was over the killing of a policeman a year before the attack.

While sources argued that the verdicts can be appealed, Egypt outlawed the Islamist group in 2013 following the military ouster of former president Mohamed Morsi.

Since leading the military takeover and becoming president, Abdel Fattah al-Sisi has cracked down on the Muslim Brotherhood, with thousands of its supporters jailed.

It would be recalled that the Muslim Brotherhood was founded in the country in 1928 during the uprising that Islam must be at the heart of public life.

It established itself as the main opposition movement in Egypt despite decades of repression, and has inspired spinoff movements and political parties across the Muslim world.

Inspite been less than 10 years to a century anniversary, it remains banned in several countries including Egypt for its alleged links to terrorism.

Earlier this year, Amnesty International slammed Egypt’s “significant spike” in recorded executions, which saw a more than threefold rise to 107 last year, from 32 in 2019.