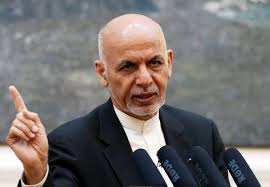 Afghanistan medicals officials have confirmed that a bomb attack at an election rally claimed the lives of  at least 24 people.

The meeting was about to be addressed by President Ashraf Ghani in Parwan province, north of the capital, Kabul.

There has also been an explosion in central Kabul, and at least three people have been killed.

Neither blast has been claimed by any group, just asTaliban has continued a concerted bombing campaign while at the same time taking part in peace talks.

Report has it that an average of 74 men, women and children were killed every day in Afghanistan throughout the month of August.

The findings show unrelenting violence affects almost the entire country as US negotiations to withdraw after 18 years of war are in disarray.

The report also confirmed that 611 security incidents in which 2,307 people died.

Both the Taliban and Afghan government have questioned the validity of the casualty figures identified. Most people killed were combatants – including more Taliban fighters than expected – but a fifth were civilians.

The casualty toll is just a snapshot of the situation on the ground in Afghanistan. However, it paints a bleak image as US President Donald Trump looks to fulfil a key foreign policy aim and withdraw American troops.

Just more than a week ago, President Trump cancelled year-long peace negotiations between the Taliban and United States, although a return to talks is not ruled out.

A ceasefire, however, was never on the table, and hundreds of Afghans are still dying each week. There are fears that violence will worsen ahead of presidential elections due at the end of the month.