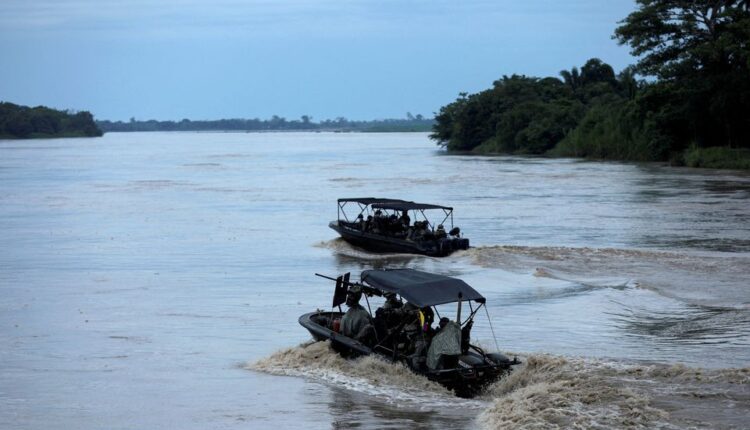 No fewer than 23 people have been reportedly killed during gunmen clashes between illegal armed groups at Arauca province in Colombia.

The fight was said to have broken out out over the weekend around a border with Venezuela, involving members of the National Liberation Army (ELN) and dissidents of the Revolutionary Armed Forces of Colombia (FARC), who reject a 2016 peace deal.

Confirming the incident to newsmen Yesterday, the Defense Minister, Diego Molano, stated that the armed groups were fighting over who should be in control of illegal economies such as drug trafficking, kidnapping and other illegal acts.

Also, confirming the fight which had led to the deaths through a statement, the Colombia’s human rights ombudsman stated that the violence incited by the gunmen left 12 families homeless as they were displaced, adding that the violence constituted insecurity for the country.

In response to the development, the Colombia’s President, Ivan Duque, was said to have convened a meeting of military and police leaders to assess the situation in Arauca  which was necessitated by the violence and to take measures to address the situation.

“I have ordered that two battalions be deployed within the next 72 hours to help with the task of territorial control,” he said.

Also, reacting to the reports of 24 deaths due to the violence, the investigator for the Americas, Juan Pappier condemned the aftermath in a message via his social media handle, adding that there had also been forced displacements and kidnappings.

“We are very concerned about the fighting between the ELN and dissidents of the FARC’s 10th front in Arauca and Apure,” he said.

As gathered, the violence harks back to the mid 2000s, when the FARC and ELN fought each other in Arauca and the neighboring Venezuelan state of Apure.

By the time fighting ceased in 2010, more than 58,000 people had been displaced in the province and at least 868 civilians had been killed, according to a report from advocacy group Human Rights Watch (HRW), which cited the government-run Colombian Victims’ Unit.

Some 5,000 people fled Apure at the end of March last year amid clashes between Colombian armed groups and the Venezuelan military.