19-year-old boy hacks mother to death, another hangs self in… 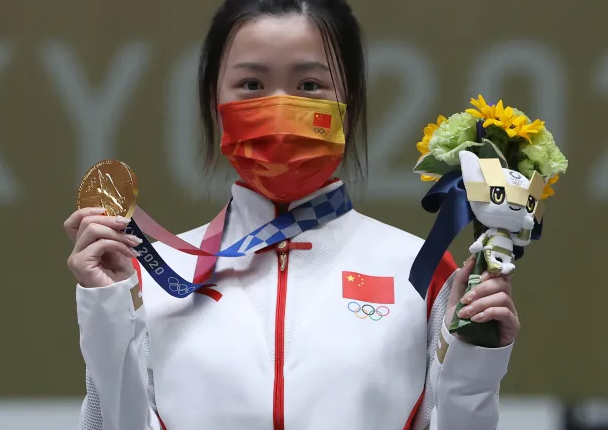 Qian was adjudged winner of the gold medal after she scored 9.8 with her final shot to finish with an Olympic record of 251.8 while her major contender, Galashina missed the centre two rings, scoring 8.9 during her last shot.

While Galashina finished 0.7 behind the eventual winner of the gold on 251.1 while Nina Christen of Switzerland took the bronze medal from the event.

As the first champion of the 2020 Games, Yang was awarded her medal on a tray by International Olympic Committee (IOC) president, Thomas Bach, in accordance with the Covid-19 protocols that would affect every aspect of these games. 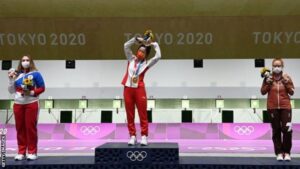 Speaking on her victory, the shooter said: “It’s unbelievable that I can be here. I was really nervous. The competition was really tight, but I’m so happy that I could win. I’m so happy about this and it is a gift to my country. I’m so proud.

“I didn’t think too much during the match because I was very nervous and my heart was beating very fast, so I just tried to be myself and keep my emotions in control. Just concentrate on being yourself. I didn’t care so much about the points. I just wanted to fix myself and fix my mood during the competition,” the shooter added.

While Yang and Galashina finished the qualification round in sixth and eighth respectively, Jeanette Hegg Duestad of Norway was the leader going into the final after shooting an Olympic record of 632.9. She finished outside of the medals in fourth place.