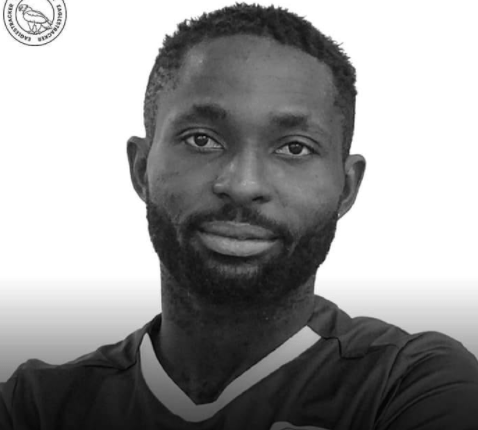 Odenigbo, who before leaving NAF Rockets FC, a club managed by the Nigerian Airforce and currently battling to gain promotion from Nigerian National Football League (NNL) to Nigerian Premier Football League (NPFL), scored many goals that attracted interest from his new employers.

His death was confirmed by the club on Sunday in a statement released on its website, saying Odenigbo’s lifeless body was found at Lake ‘Beloye’, where he had drowned yesterday.

“On June 5, 2021, at a lake within ​​the tourist base “Verasy”, employees of a company, OSVOD, found the drowned Kelvin Odenigbo body and alerted it”, the Belarusian club added.

While commiserating with the family and friends of the deceased player, the football team assured it would release further information about the footballer’s demise.

According to the club, we will publish all official information as it becomes available. We express our sincere condolences to the family and friends of the football player, as well as to all the fans of the team.

The Nigerian, who played four games this season for the Belarus team and provided one assist for the sixth-placed club to keep their league title hopes alive.

It would be recalled that he joined the club from the Nigerian National League team NAF Rockets FC, at the end of last season before sealing a permanent deal for the 11-match-old 2021/22 campaign.