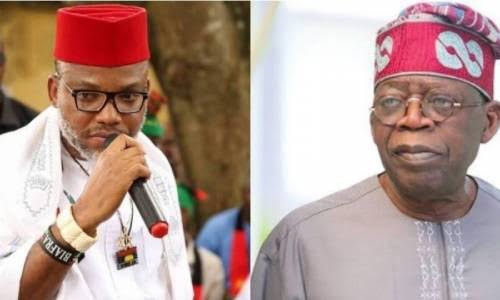 I will be glad to see Bola Ahmed Tinubu as a presidential candidate of any party not because I want him to win but to confirm the direction of the eastern votes.

There are millions of un-tribalistic Igbos but the votes from this region hardly confirm their friendship with the Yorubas, even when both ethnic groups cry over the same problem of injustice and equality.

I just checked the 1993 election results a few minutes ago and observed that the Igbos gave less of their votes to Moshood Kashimawo Olawale (MKO) Abiola despite his un-tribalistic disposition.

The Igbos did not hate Abiola but where he had come from and there is no doubt that the politics of Igbo is yet to favour Yorubas since the end of the civil war.

While some Igbos are still not happy that the Yorubas were on the side of Nigeria during the civil war, their leadership through Ohanaeze are fraternising with the Yoruba Afenifere to demand for restructuring and and of course “true federalism”.

The Southern governors of which the southeastern Igbos are prominent are seeking a southern president but will the Igbos vote for a Yoruba man of the South?

Will a Yoruba man vote for an Igbo presidential candidate. Of course there are a few of these ethnic groups who will vote beyond their tribes, their votes, I’m not sure can carry weight.

It will be interesting to see the vehicle of South West Agenda for Asiwaju (SWAGA), the Tinubu’s allies to travel towards the east to see how it can be received.

Aside SWAGA, I want to see the Bola Ahmed Tinubu Foundation, which to me is an ad-hoc team of another Tinubu allies led by Hon. Hamed Omisore to move towards East.

It will be so interesting if these teams can visit Ebonyi and Imo states that are APC states and feel the pulse of the residents there.

In these states, the governors are APC members but my findings show that most of the residents are not for APC.

A few months ago, I was in a friend’s car between Abakaliki and Afikpo where I learnt a lesson that the joint clamour for a southern president.