2023 presidential poll: The fuss about regions 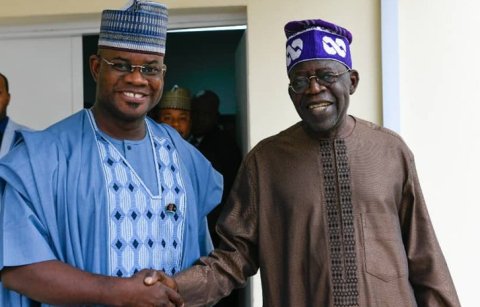 It’s just more than 500 days to the 2023 Presidential election, and the permutations and possible combinations have started as to who Nigerians should vote. More loudly, discussions about the region to produce the next President has been more apparent and considered more necessary.

The Muhammadu Buhari administration has left Nigerians with mixed reactions. If feelers from the populace are anything to go by, it has left the people with more bitter pills to swallow. The excitement that followed the President’s candidacy in 2015 has since been extinguished with excruciating policies, a struggling economy and a shaky security architecture, all placing Nigeria in arguably its worst state yet.

Many argue that the current situation was always on the horizon, but Nigerians had little or no choice to make when they voted for Buhari in 2015. The country was in dire straits, and the next best option was always the messiah, hence the heavy support.

Four years later, Nigerians had a choice to make again in 2019, and it was former Vice President Atiku Abubakar against the incumbent, Buhari. Despite the noise about the nation’s state and the need for a positive turnaround, Nigerians elected Buhari again, winning mainly in the North and losing popularity in the South. In the 2019 election, the President garnered 44% and 41.7% of the total votes in the North-West and North-East, respectively, but only managed more than 20% in every geopolitical zone in the South except the South West.

The belief in the country is that the north voted Buhari in power again, and if left to the South, it’d have been another man at the helm of affairs.

Katch Ononuju, the Director-General of the Heritage Centre, in an interview on News Central Television, argued that there’s no politician of the northern extract that can bring Nigerians together again. He said many Nigerians would prefer to see a Southerner become President, as the current administration has shown a nepotistic obsession with the North, which may affect the chances of any Presidential candidate from the region.

Political Analyst and the Spokesperson of the Presidential candidate of the PDP in the 2019 election, Segun Showunmi, argues that Nigeria’s next President should be any politician who has a known capacity to lead, regardless of the region he comes from. He said there is a debatable ground for different geopolitical zones to ask for their chance to produce the country’s next President.

Of all Nigeria’s geopolitical zones, the North West, which has the country’s highest population, has the state with the highest number of Presidents in Katsina. Late former President Umar Musa Yar’adua and incumbent Buhari are both from the state. Olu Segun Obasanjo from Ogun State and Goodluck Ebele Jonathan from Bayelsa State are known Southerners and have been Nigerian Presidents.

Despite this, there’s a belief that the emergence of Jonathan was more accidental than planned. If not for the painful and unfortunate demise of Yar’Adua, the South may never have had a shot at the Presidency beyond Obasanjo’s administration. This, many believe is arguable, but if considered critically and deeply enough, it may give pointers to where the nation stands.

In 2010, after the death of Yar’Adua, some powerful politicians openly stated their preference for a Northern replacement for Yar’Adua, with they argue that a Southerner could not become President again after Obasanjo. The constitution finally prevailed when Jonathan was sworn in as President.

The 2011 election would steer a new round of politicking and the powers favoured the former Bayelsa State Governor to finish what he’d started. This, to the Northern core enthusiasts, was a deviation from the expected arrangement. Jonathan’s emergence in 2011 wasn’t without contest, as he defeated Buhari, then of the Congress for Progressive Change (CPC) in that election. The Action Congress of Nigeria (ACN) had Nuhu Ribadu as its Presidential candidate, and the PDP presented Atiku as its flag-bearer. This made Jonathan the strongest Southerner on the ballot, and he emerged.

In 2015, the political framework and skeleton that ensured his victory four years earlier had been to a more powerful coalition. The All Progressives Congress and the rest, they say, is history. Jonathan, at the time, had only spent four years of his administration and six in total. More than the arrangement, he was a product of an accidental necessity that left the powers that be with little choice.

*North, South… Does It Matter Where?*

Since 1999, Nigeria has conducted six Presidential elections, and there has been an equitable distribution of regional arrangements, with the North and South producing Presidents two times.

This leaves the 2023 regional debate very open to voters’ choices more than political parties’ wishes. The ruling party and the main opposition are yet to state their positions on zoning in clear terms. Although some leading members of both parties have given a hint of their preference and the coming months are expected to lay open more arguments and the proper position of these parties.

Zoning, many politicians argue, is not engrained in their party’s constitutions and, therefore, leaves the field open to any interested candidate.

For strategy and feasting on the current mood in the country, political analysts have predicted that the leading parties are expected to cede their respective candidacies to the south. This, however, will also depend on the strength and popularity of the individuals ready to take on the mantle of leadership.

Some schools of thought also say that some political distributions are merely geographical and hold no essence in the depth of the recognition of regional identity. The North-Central feels hard done by the current administration, yet the tag “north” may stand a chance of ruining its political perception in the south. These arguments, analysts have advised, must be ironed out to produce the best candidate.

Many Nigerians can be excellent leaders, but not many can handle a complex country like Nigeria. The excruciating situation of Nigeria today begs for a leader with substance.

Former Military President Ibrahim Babangida suggests that the next President should be a man not above his 60s and with a good economic sense and coverage of the country. Automatically, this proves he’s looking beyond the possible candidacy of Atiku Abubakar or Bola Ahmed Tinubu; two experienced politicians touted to go head-to-head in 2023.

Chima Nnaji, a legal practitioner, said that Nigeria needs “an economic guru and a financial mechanic” to address the dwindling economy and bring the country back to its base. This, he identifies as the root of the troubles in the country.

The qualities listed above can be seen in Southern and Northern Nigerians. Still, analysts argue that a combination of possibilities, expected qualities and political arguments places a Southerner in better stead for the Presidency in 2023.

How strong that argument is and what Nigerians will decide is only a question of days to come.