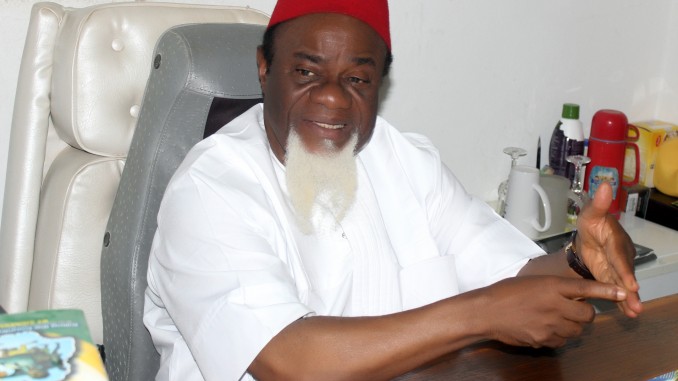 A former Governor of Anambra State, Chukwuemeka Ezeife, has said that Ndigbo may be forced to join the Indigenous People of Biafra (IPOB) if the South East does not get the presidency in 2023.

Nnamdi Kanu-led pro-Biafra group is agitating for the creation of a separate country for Ndigbo, this news medium has learned.

President Muhammadu Buhari who is from the northern part of Nigeria is expected to hand over to someone from southern Nigeria in 2023 and there have been insinuations in some quarters that Buhari will be replaced by someone from the South West.

However, Ezeife, who told a Lagos based national newspaper,said it will be unfair to ignore the South East in 2023, adding that if the Ndigbo do not get the ticket, they may have no option than to join IPOB which has been proscribed by the Federal Government.

The former governor, who said Nnamdi Kanu and his group started his group out of rejection that Ndigbo have faced in Nigeria,commended IPOB for not adopting a violent approach to the Biafra struggle, saying that is a major way to do things.

Ezeife claimed that the Nigerian government has intentionally pushed out Ndigbo from the country’s politics.

When asked whether IPOB was genuine,  he answered in affirmative: “Yes, you can’t beat a person and say don’t cry. What Nnamdi Kanu and co are doing is crying because they are beaten and they are doing it in a way that is non-violent.

“Therefore, Nigerians should appreciate their method. I am happy the rest of the world, Europe, European Union, they met with Nnamdi Kanu and they saw point with what he was saying.

“So, I think Nnamdi Kanu is doing what is forced on us (Ndigbo) because some of us believe that we should find out more mature ways of going about it. But the ideal is very lawful, they are crying for a referendum, that is a democracy.”

Furthermore, he said, “I think if Igbo people are denied the Presidency in 2023, then, no matter how unpopular IPOB may be among the older people everybody may rush it.”

Why we exempted Churches, Mosques from paying tax- Oyo governor