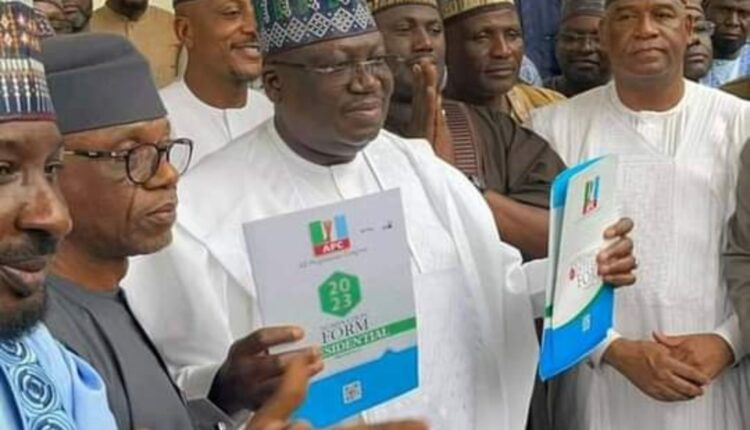 Before President Muhammadu Buhari’s administration, a close politician once told me that to win a presidential seat in Nigeria, a candidate must have saved about N37 billion.

This amount is different from what he must have spent to win his party’s primaries. That is why it will always be difficult to defeat an incumbent who has the keys to the state treasury in his hands.

The victory of President Muhammadu Buhari over President Goodluck Jonathan in 2015 was not only influenced by the heavy defection of the chieftains of the Peoples Democratic Party to the All Progressives Congress, but a lot of money and resources also went into it.

We learnt how security funds were allegedly diverted to electioneering by Jonathan’s government and how those that were allegedly involved in the deal were dealt with by Buhari’s government. Even though some had been forgiven and now carry the APC membership card.

We were happy when APC came on board to probe the corruption and impunity under Jonathan. But it is ridiculous that on Monday night the leader of the alleged corrupt administration picked a nomination form under the party and government that ridiculed him out of office.

For me, there is no greater impunity by the APC to have sold form to Jonathan and it is a hot slap on the faces of all Nigerians who had been deceived to believe that Jonathan is corrupt. If this is integrity, then it will be immoral to covet such kind of integrity.

Like the Governor of Central Bank, Godwin Emefiele whose ghost friends had bought a nomination form for while he holds the key of the Central Bank vault , a northern group just paid N100 million for Jonathan so that the chief of Otuoke can return to Aso Rock.

At present, APC has made over N2 billion from the sales of presidential nomination forms, which is too meagre compared to what its candidate will need to win the seat by 2023. It is money politics, simple.

So the reason behind the rush for form is not because all the aspirants want to rule Nigeria but each of them has to contribute to support whosoever will emerge, whom some of them had already known.

Not a few had been told about this donation in the form of forms buying but only a few are ready to risk it. Doesn’t it look somehow that many of the aspirants bought forms and went to sleep? I will be waiting for Jonathan campaign train to see how he will be ridiculed. The media will remind Nigerians of his many atrocities.

I would have loved to be silent on the former Governor of Lagos State, Asiwaju Bola Tinubu but his effort over his ambition will not let me be. Among all the aspirants, he has been putting the greatest effort to convince the delegates across the country why he should be voted for. Could the contributions by some of the “fake” aspirants be the funds to stop him? What if it is for him n Ko?

This is because I have taken time to search where and how other aspirants have been campaigning but could not just see much, except for Vice President Yemi Osinbajo and the Minister of Transportation, Rotimi Amaechi who have visited one or two places.

Both Osinbajo and Amaechi have done this sparingly. Governor Kayode Fayemi, Pastor Tunde Bakare, and a few others had declared but I’m yet to see them canvassing publicly like Tinubu. Perhaps they are using different strategies that some of us do not know.

However, there are some aspirants who had bought forms due to the body language of President Buhari whose silence had “cheapened” the presidential seat.

The crux of the matter is that APC will need more aspirants to buy forms so that it can save money for its candidate and again more “fake aspirants” must come on board as donors for their preferred candidate.

Among the donor aspirants is a particular aspirant that is being plotted to succeed Buhari and that is why somebody like Jonathan is being invited to join the queue, perhaps he could be the eventual joker for the cabals to stop those that would not listen to them after 2023.

This will require big funds, which the cabals cannot raise by themselves except they cajole more “fake aspirants” to buy form. It is a game of monkey and banana.

Kunle Awosiyan is a journalist based in Lagos