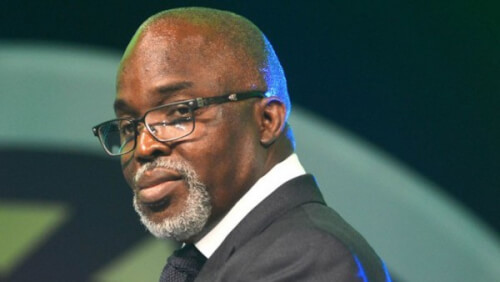 After evaluating Nigerian football in Tear 2019, President, Nigerian Football Federation (NFF), Amaju Pinnick, has described the year as very challenging for the sports in the country.

Pinnick, while stressing that the challenges were more than expected considering the works done in 2018, said Nigerian football still recorded success in 2019.

In an interview with newsmen on Tuesday, the NFF President assured Nigerians that year 2020 will be a better one for football and other sports in the country.

Pinnick argued that activities of the various national teams indicated great prospects that would be improved on in the new year.

Reacting to the accusations by former Super Eagles Coach, Samson Siasia on being abandoned by the Football Federation in his appeal against a lifetime ban by FIFA, Pinnick said efforts have been made to assist the coach, whom he described as a Nigerian Football Legend.