20 passengers die, three others injure during auto crash in Egypt 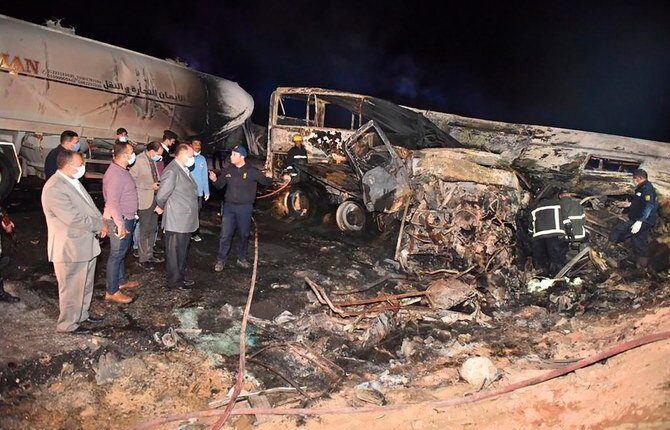 No fewer than 20 passengers were reported to have died and three others injured after a bus and a truck had collision on a desert highway in Egypt.

The bus was said to have had head-on collision with the truck which was loaded with cement in the province of Assiut, about 370 kilometer from south of the capital.

After colliding with the truck, the bus went up in flames a few minute after, preventing easy removal of the deceased bodies and the injured from the scene with difficulty.

Confirming the casualties number, the health ministry, in a statement on Wednesday, noted that 36 ambulances were deployed to the scene to ensure quick rescue of victims yesterday.

The statement further attributed the cause of the accident to reckless driving and poor condition of roads which had been the cause of accidents across the country.

It would be recalled that 18 people were killed last month when a truck collided with a minibus in Giza province, about 80 km south of Cairo.

Also, over 20 passengers were killed and nearly 200 people wounded injured when two trains collided near Tahta, about 440 km south of Cairo.