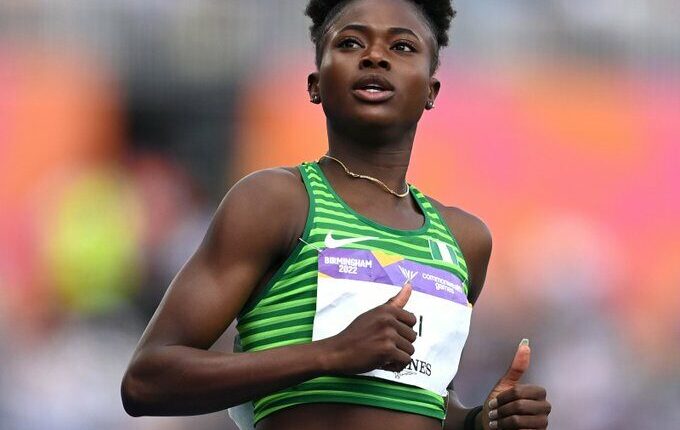 A 19-year-old Nigerian athlete, Favour Ofili, has become one of the country’s youngest sportswomen to win a medal during an individual event at a major tournament after winning silver at the ongoing 2022 Commonwealth games in England.

The young Ofili ran a time of 22.51 to place second behind Jamaican experienced athlete, Elaine Thompson-Herah, during the final of the women’s 200m event during the game hosted in Birmingham.

During the race on Saturday night, Namibian young athlete, Christine Mboma, who shares the same age as Ofili, managed to take bronze after returning in 22.80 seconds, edging out other competitors to secure the medal for her country.

In the final, Ofili became the third Nigerian woman after Mary Onyali (1994) and Blessing Okagbare (2014) to run in the final of the 200m at the Commonwealth Games after the 19-year-old won her semifinal heat yesterday evening at the Alexander Stadium in Birmingham.

Ofili ran 22.66 seconds to win the semi-final race but could not increase the tempo when she faced a more experienced athlete, Thompson-Herah, at the final, with the Jamaican zooming to victory.

As gathered, the young athlete poured her anger into the event after missing out on competing in the women’s 100 metres because of Coronoavirus issues that were not solved before the event started.