Abramovich, others suffer chemical poisoning during… 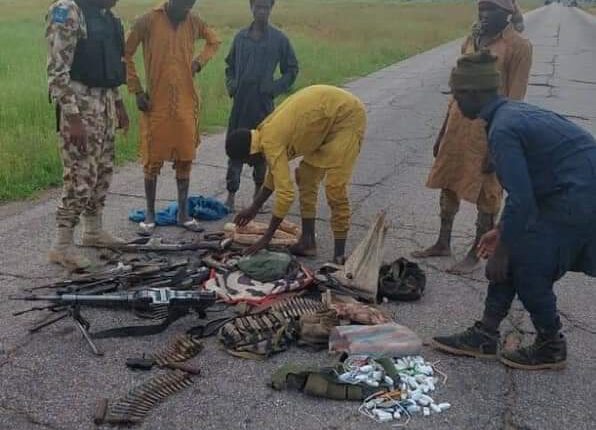 Following the Nigerian Army’s relaunch of operations across Sambisa forest, at least 19 Boko Haram fighters have yielded to troops deployed to the Forward Operational Base (FOB) in Bama, Borno State to sustain the achievements recorded.

After the 19 fighters from Njimia village and environs surrender, 19 adult females, suspected to be their wives, and 49 children were reported to have presented themselves to the troops under Operation Hadin Kai (OPHK). 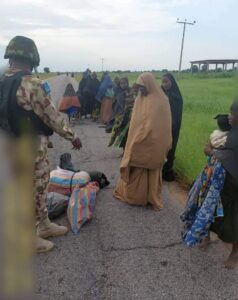 Speaking on the number of terrorists that surrendered, Director Army Public Relations, Brig-Gen. Onyema Nwachukwu, said that the Boko Haram Terrorists (BHTs) and elements of Islamic State of West Africa Province (ISWAP), as well as their families, could not withstand the heavy artillery and air bombardments ongoing across the Northeast region.

According to Nwachukwu, the terrorists lamented that the ground and condition across the forest have become untenable, hence reasons for surrendering to the Nigerian troops.

The Nigerian Army spokesman, through a statement on Wednesday, hinted that the terrorists and their families were currently undergoing comprehensive security profiling and preliminary investigations, while the children have been administered oral polio vaccines.

It reads in part: “The Chief of Army Staff, Lieutenant General Faruk Yahaya has commended the troops for the sustained offensive and clearance operations conducted in the theatre. He charged them to maintain the momentum of the operations”.