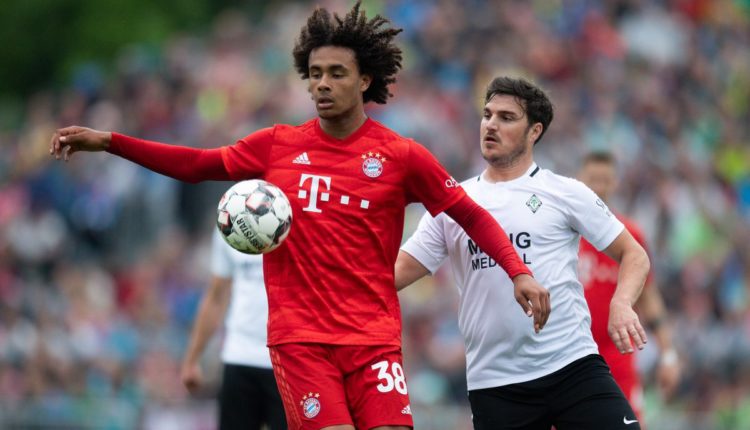 Zirkzee, who came into the match after 90 minutes, was Bayern Munich’s match-winner in Freiburg, scoring a decisive late goal on his top-flight debut to help the defending champions secure an away 3-1 victory.

There was a warm embrace from Christian Streich for his Bayern counterpart Hansi Flick before kick-off, but the Freiburg coach must have needed a comforting arm around him as the hosts were pummelled from the off.

Barely a minute in, Manuel Gulde had to lunge to clear after Philippe Coutinho’s goalbound chip had beaten Mark Flekken. The Dutch goalkeeper pushed out a Benjamin Pavard header and watched Thomas Müller smash the rebound off a post before Lewandowski threw himself into the six-yard box to connect with Alphonso Davies’ cross and claim a piece of history.

Flekken’s fingertips denied the Polish striker his 222 Bundesliga goal before Streich needed that arm again, though this time as his side were frustrated in their efforts to equalize.

Manuel Neuer twice denied the hosts: his first save from Lucas Höler’s volley was world-class, the second more routine as he pushed Vincenzo Grifo’s arcing cross behind. Had Grifo been able to keep down a volley just a couple of minutes earlier, even Neuer’s heroics might not have been enough.

Germany coach Joachim Löw, who was in the stands of the Schwarzwald Stadion, would have been impressed. He also would have acknowledged Neuer was powerless to keep out the volley Grifo did get on target to level the game just before the hour mark.

They revived when Ivan Perisic forced Flekken into a brilliant reflex stop, but only Davies’ jet-heeled recovery denied Petersen a clear-cut opportunity.

as the game winddown, Freiburg substitute, Brandon Borrello, fizzed an effort wide with Neuer at full stretch while only the offside flag stopped Serge Gnabry scrambling home a second for Bayern in an edge-of-the-seat finale.

Borrello passed up another chance to increase the tally for the host before Zirkzee, who was handed his debut by the Bayern manager, came off the bench on 90 minutes to replace the Brazilian forward, Phillip Coutinho.

And barely 120 seconds into the game, Zirkzee, who was handed opportunity to travel with the team alongside three others from Bayern team B, later fired home his first professional goal to take the tie off the reach of Freiburg.

Three minutes after the second goal, Gnabry slammed in a third to end any hopes for the host of performing any magic within seconds left in the game.