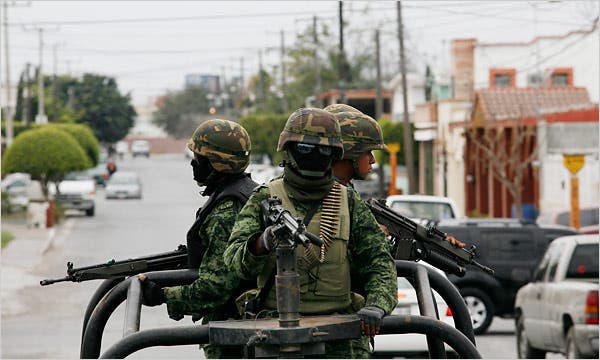 Atleast 18 drug dealers were reported to have died and dozens of others sustaining varying degrees of injuries when two factions of cartels clashed in Zacatecas state, Mexico.

The deceased and injured drug dealers were identified as members of the Jalisco New Generation Cartel (CJNG) as well as the Sinaloa cartel and that Jalisco Cartel, considered Mexico’s most powerful and violent criminal organization, engaged Sinaloa Cartel for control of the region.

A Police source, who confirmed the development to newsmen yesterday, disclosed that dozens of law enforcement officers have been deployed to the area to restore sanity and prevent further clashes.

It would be recalled that in 2020, 97 people were murdered every 24 hours. Despite the coronavirus pandemic and social distancing guidelines, more than 35,484 homicides were committed, a decline of 0.4 percent compared to 2019 when 35,616 homicides cases were reported.

According to a government report on security, during the more than 30 months that Mexican President Andres Manuel Lopez Obrador has been in office, there has been a constant rise in violent deaths, with slight reductions at times.

11 passengers perish, 22 others injure during road accident in Osun