Abdulsalami: A Soldier of democracy, peace and unity. 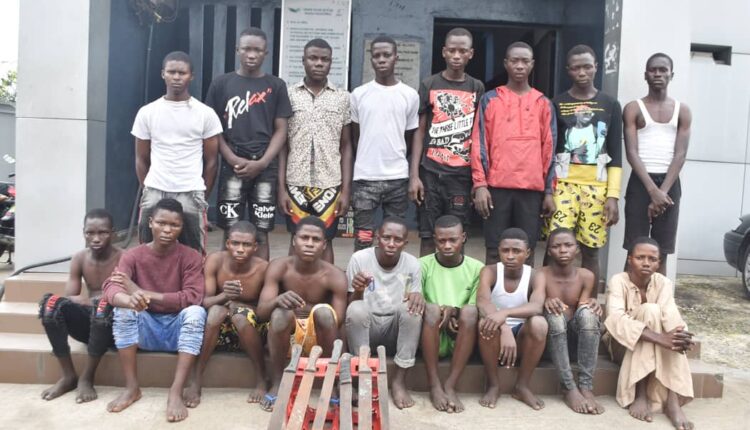 No fewer than 17 suspected hoodlums were said to have been detained by the Nigerian Police, Lagos Command for often attacking, and dispossessing residents of Sari-Iganmu axis of the state their property.

The 17 suspected armed hoodlums were said to have been arrested by policemen attached to the Orile Division of the command as part of measures to neutralise groups of armed hoodlums, cultists, and miscreants that were discovered to often inflict pains on residents in the state.

Confirming their arrest, Police Public Relations Officer (PPRO), Olumuyiwa Adejobi, through a statement made available to The Guild on Tuesday, said that the hoodlums were nabbed with different weapons they often used during their operations.

Adejobi said that the suspects, who were yet to be linked with any of the existing cult groups, often use their weapons to dispossess residents of Amosun, Zion, Mosalasi, and Ikale Street in Sari Iganmu axis of the state.

Adejobi further disclosed that the Commissioner of Police Lagos State Command, CP Hakeem Odumosu, has ordered that the suspects to be profiled, investigated, and arraign before court to nip their criminal potentials and tendencies in the bud.

The PPRO said that Odumosu, while reaffirming his zero tolerance for cultism and other social vices, assured residents that the law enforcement agency was committed towards adopting modern and other effective anti-crime strategies to ensure adequate security in Lagos.