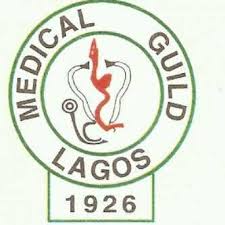 The Association of Medical Doctors and Dentists under employ of the Lagos State Government, Medical Guild, has disclosed that 16 of its members have tested positive for the deadly coronavirus disease.

It said that the guild members were frontline in the state’s battle against the viral infection and that efforts of the medical practitioners had resulted in 16 infected doctors who had been admitted into several isolation centers across Lagos.

Chairman, Medical Guild, Dr. Oluwajimi Sodipo, stated that though there was a possibility of a higher number of infected doctors, the data available to the body suggested that only 16 had so far been confirmed coronavirus positive.

Sodipo, while speaking to newsmen on Monday, said that doctors were actively engaged in training, contact tracing, surveillance, public enlightenment and case management of coronavirus patients, and that the frontline activities of the healthcare professionals significantly increased possibility of disease transmission.

He said rising incidence of the viral pandemic in the state, as well as the commencement of community transmission amongst residents had given rise to a situation in which everyone was at risk of contracting the deadly infection, and all people were suspect of being infected but asymptomatic.

Sodipo stated that in order to mitigate the risks of rising infection in the state, the government needed to increase testing capacity and ramp up contact tracing with aim to curb further spread of the pandemic and reduce health workers exposure to the viral disease.

“This will assist in clinical decision making with reduction in spread among patients, healthcare workers, and the population. The Lagos State government should start the process of dialogue and negotiation between the health workers and government with a mandate for implementation of the health workers’ agreement with special emphasis on health insurance, hazard allowance, COVID-19 allowance, and other benefits,”

“This should be in place so as to reduce the exposure of healthcare workers and the populace, with results released within a maximum of 48 hours”.

Sodipo commended the Sanwo-Olu led government on the release of preventive guidelines ahead of the recent lockdown relaxation within the state, and advised that enforcement should be carried out to ensure that residents complied with the issued directives.

“Modalities for enforcement of the proposed guidelines for the good people of the state as announced by the state government should be followed, these include social distancing, use of face masks, having adequate hand washing equipment and hand sanitizers in place with appropriate measures to checkmate defaulters,”

“We do not support the use of gloves [because] if they are not changed regularly and hand hygiene practised as it should be, they could lead to increased spread”.