14yrs-old girl drags father before police after defilement in Lagos 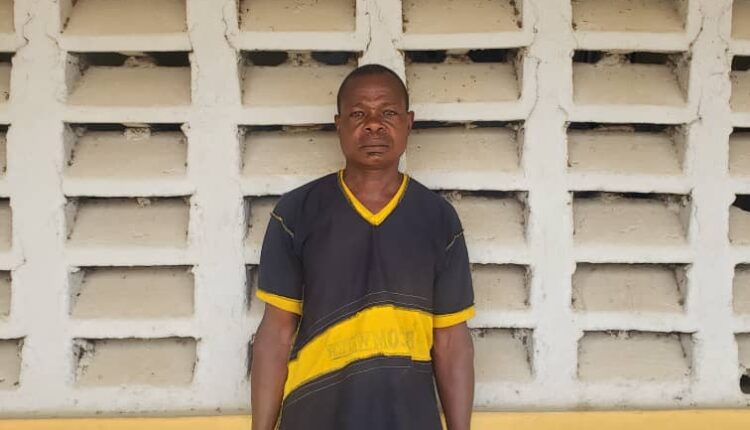 Following series of sexual and domestic violence enlightenment already undergone, a 14-year-old girl has dragged her father before Nigerian Police, Lagos Command over alleged defilement in Ikorodu Local Government Area of the state.

The teenager, after a horrible ordeal in the hands of the father, 45-year-old Kayode Adeyanju, approached Nigerian Police in Ipakodo Division, Ikorodu, and narrated how Adeyanju allegedly defiled her.

According to her, the father perpetrated the act in their residence in Redeemed Church, Tinubu Estate in Ibeshe axis of Ikorodu, where she and her biological father, as well as other members of the family, had resided over the years.

After filing her complaints before the law enforcement agency that conducted interrogation to further ascertain that she was right of the claim arrested and detained Adeyanju immediately.

Confirming the act, the Commissioner of Police, Hakeem Odumosu, on Monday, condemned the act, describing it as one that must be curtailed, just as he appealed that girls and women across Lagos should speak out and not keep silent whenever they were been abused.

Odumosu, who promised that the Nigerian Police, Lagos command, would listen to them whenever they approached any of the stations, ordered that the case be transferred to the Gender Unit of the Command for further investigation.

Similarly, the Command spokesman, Olumuyiwa Adejobi, in a statement made available to newsmen, disclosed that no fewer than seven suspected cultists were apprehended by the law enforcement agency in Morogbo axis, along the Lagos-Badagry expressway.

Adejobi added that the items recovered from the suspects after they were arrested include one locally made pistol, two live cartridges, one axe, assorted charms often used to hypnotise their victims.

According to him, the Police Operatives attached to Morogbo Division of Lagos State on Sunday, 13th June 2021, at about 10 am, on a tip-off from the management of House 2 Hotel, Igbekele Morogbo, Lagos State, that some boys suspected to be cultists were holding a meeting in the hotel.

He hinted that the Odumosu has ordered that the case should be transferred to the Command’s Special Squad, Ikeja, for discreet investigation and that the Commissioner, however, reiterated the command’s commitment to continually tackle cultism and all sorts of crimes and criminality in Lagos State as all hands are on deck to improve on the already established security architecture of the state.