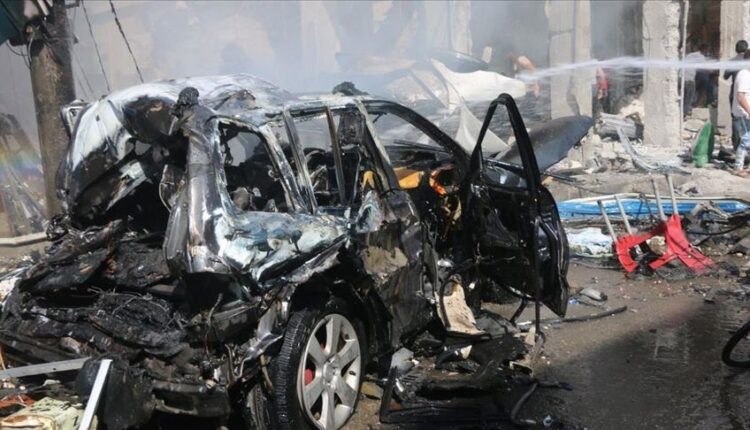 No fewer than 14 civilians were said to have been killed and over 50 persons sustained injuries after a bomb exploded in northern parts of Syria.

It was gathered that the attackers detonated the explosive-laden truck in al-Bab district of Aleppo province, Syria, and caused multiple casualties after the explosion went up in the country.

Investigators were considering the possibility that the bomb blast was perpetrated by YPG/PKK terror group in the city located near Turkey’s southern border.

The attack that claimed the lives of the 14 persons came 48-hour after a bomb blast killed two civilians and injured seven persons at a checkpoint in the district.

Turkish troops and the Syrian National Army liberated al-Bab from the Daesh/ISIS terror group in February 2017 as part of Turkey’s Operation Euphrates Shield.

The seven-month operation was launched in August 2016 to eliminate terrorists hiding out in areas along the Turkish border.

In its more than 30-year terror campaign against Turkey, the PKK – listed as a terrorist organization by Turkey, the US, and the EU – has been responsible for the deaths of nearly 40,000 people, including women, children, and infants. The YPG is the PKK’s Syrian offshoot.