Court puts ​Kunle Poly, two others under Police custody for…

Tinubu is not too healthy- Peter Obi 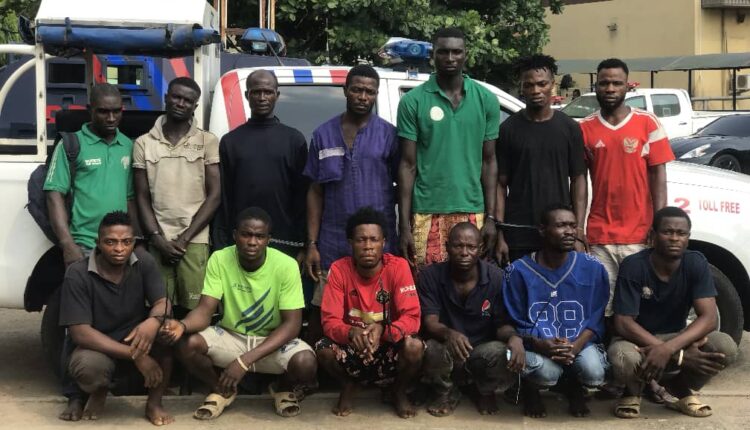 He indicated that the command would be adopting various anti crime strategies in combating the menace of traffic robbery, which he claimed, may jeopardised the state’s security network if left unchecked.

Speaking yesterday while addressing officers and men of Rapid Response Squad (RRS) and other operational units who are deployed at strategic places across the state to fight traffic robbery, the police boss assured that all avenues would be explored in protecting lives and property of Lagosians.

In his brief to the command, the Comnander RRS, CSP Yinka Egbeyemi, who confirmed the suspects arrest, said the robbers were nabbed on Wednesday while lurking around Motorways, Old Toll-Gate and Olusosun Dump site, Ojota, areas of the state.

Egbeyemi said that the suspects, all male, were caught while taking drugs in their hideouts around the corridor of the listed areas.

According to him, they were actually fingered and recognised by the residents and eye witnesses to have been involved in some of the previous traffic robberies and other crimes being perpetrated in the areas.

Meanwhile, Odumosu has ordered that the suspects be transferred to the State Criminal Investigation Department (SCID) for proper investigation and possible prosecution.

The police boss, however, assured the general public of the command’s relentless efforts in eradicating traffic robbery and providing adequate security for all and sundry in Lagos State.