Lagos prince, other bag jail terms for cybercrime in Kwara 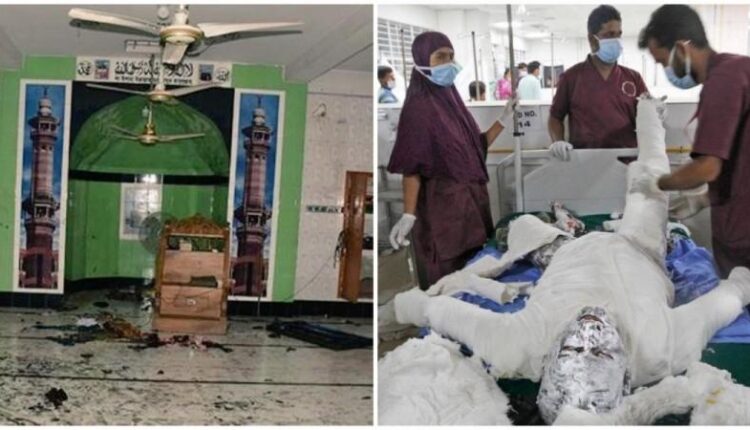 Atleast 12 persons were said to have died and dozens of others suffered life-threatening burns when a gas explosion tore through a mosque in Bangladesh.

The worshippers were said to have went to the mosque for an evening prayers when the blast sent a ball of flames through the mosque in the central district of Narayanganj.

It was gathered that a few seconds before the blast, a spark emanated from an air conditioner which came after a power cut and ignited that gas explosion that ripped through the mosque, destroying valuable property.

Confirming the explosion, Narayanganj fire chief, Abdullah Al Arefin, in an interview with newsmen on Saturday, hinted that a leaked gas oozed into the mosque where the fire started.

Arefin, while disclosing the the fire from the explosion had been put off to prevent it from spreading to other adjourning buildings, stated that the survivors have been specialist burns hospital in Dhaka for immediate treatment.

The hospital spokesman, Samanta Lal Sen, the 12 were among the 37 worshippers brought to the hospital and that the victims suffered between 70 and 80 percent burns.

Police said at least 45 people were injured by the blast and that people had spoken of smelling a gas leak.

In Bangladesh, safety regulations were said to often being flouted at construction sites and that it had led to hundreds of deaths been recorded annually in fires.

It would be recalled that last year, an inferno in Dhaka’s old quarter killed 78 people and a month later, 25 people were killed when a blaze engulfed a Dhaka office block.