12 EndSARS hijackers, armed robber, others under detention in Lagos 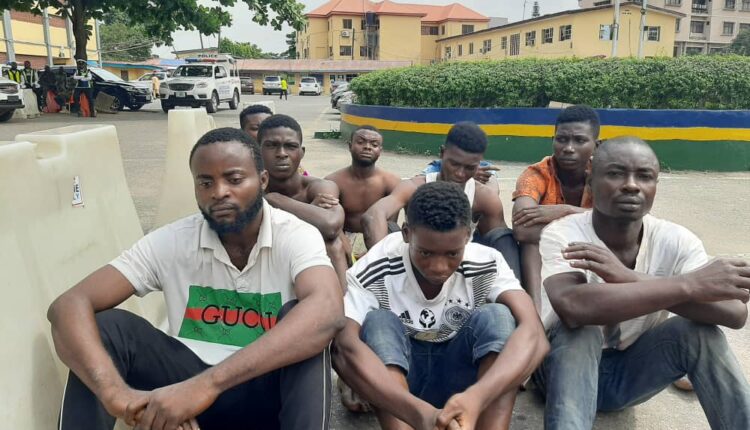 The Nigerian Police has placed atleast 12 suspected hijackers of the EndSARS protests, armed robber, and cultists under detention in Lagos State.

As gathered, the suspects were personally interrogated and paraded at the Lagos Command Headquarters, Ikeja on Monday, by the Commissioner of Police, Hakeem Odumosu, who ordered a thorough investigation into the cases.

The Command spokesman, Olumuyiwa Adejobi, in a statement made available to The Guild, added that the suspects were currently under detention in the state.

Adejobi noted that the nine were alleged mastermind of the attack on the council, setting ablaze dozens of cars and vandalisation of Automated Teller Machine (ATM) within the premises. 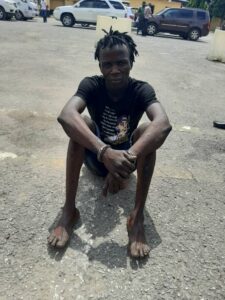 On the robber, the police image-maker stated that investigation revealed that Ismail had been terrorizing residents of Langbasa Area, Ajah in Eti-Osa Local Government which led the law enforcement agency to go after him.

“Ismail was arrested by the police, with the help of some community members, when he went to attack a supermarket at Folarin Bus Stop, Ajah Area on 29th November, 2020.

“The suspect, who confirmed to be a cultist, was arrested by the police command in 2017 for a similar offence and charged to court. He was arrested with one locally made pistol, with some cartridges, which he claimed was procured from a man (name withheld) who is presently at large”.

On the ongoing war against cultism, Adejobi said that the zeal put-in by policemen in the state had continued to yield result including the arrest of the two suspected cultists at Igbologun Division yesterday.

The spokesman added that Haruna and Gabriel reside in Snake Island of Lagos State and were arrested during a supremacy fight within the community and that Haruna was caught with a locally-made pistol. 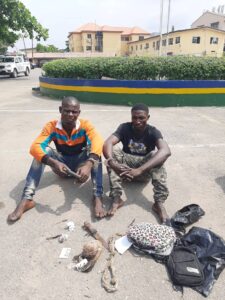