JUST IN: Nigerian Muslims to start Ramadan after sighting…

MASSOB to perceived cabal around Buhari: Cease your alleged… 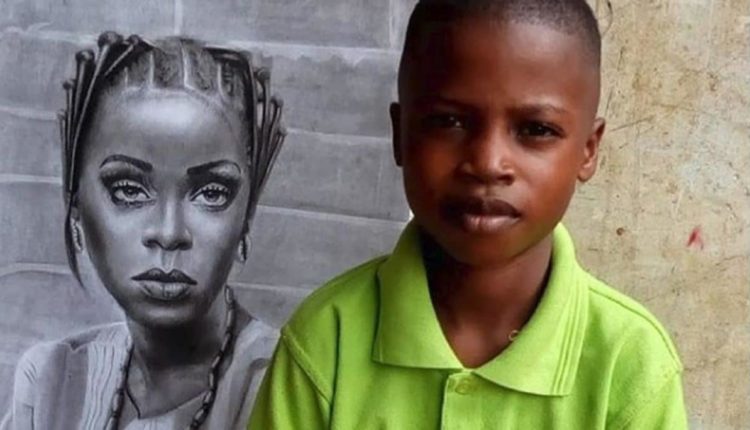 Kareem stood out among other 2,723 recommended candidates across the world, and because his works had gained world wide recognition, he would be meeting the Taiwanese President, Tsai Ing-wen, among other laureates.

The Representative of Taiwan in Nigeria, Amb. Vincent Yang, who made this known in Lagos on Wednesday, said Kareem has attracted global attention for his incredible drawings.

“He sketched a stunning portrait of French President, Emmanuel Macron, on the spot in just two hours, which amazed the global media. He has now become a famous Internet artist,’’ he added.

According to him, Kareem will attend, with other laureates, the charity events scheduled to hold in Taipei from September 20 to September 28, during which he will meet the Taiwanese President.

Yang said that his office and the Head of Taipei Trade Office in Nigeria had hosted and congratulated Kareem on his feat.

“The poverty-stricken children all call him the little artist Robin Hood. He uses his drawing talent to produce beautiful works in exchange for some food to fight hunger and also to feed the hungry companions in the slum,”Taiwan representative said.

“The works of Michelangelo motivate him and his goal is to surpass the standard set by the great artist. He intends to use drawings to depict Africa vividly and flip a new life to change Africa.Taiwan’s Chou Ta-Kuan Cultural and Educational Foundation promotes `Global Love of Lives movement’ and recognises that `Everyone is Good at Something.Many people refer to the event as `the Nobel Prize of Life’, ” he said.