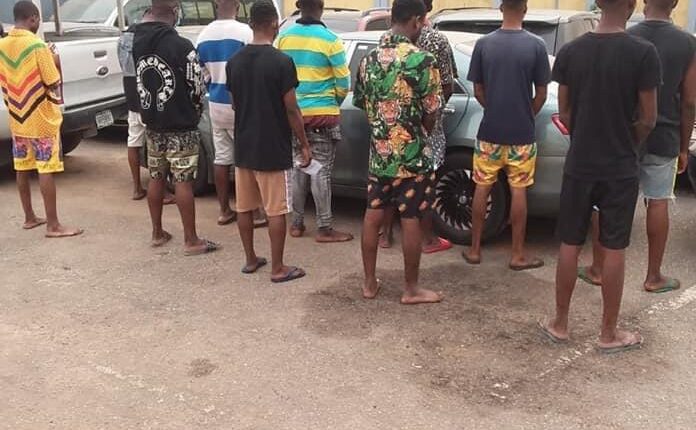 No fewer than eleven suspected internet fraudsters have been arrested by the Economic and Financial Crimes Commission, (EFCC) for their alleged involvement in various cybercrime activities in Edo State.

As stated the suspects were arrested by EFCC personnel attached to the anti-graft agency’s Benin Zonal Office in different parts of the state during a sting operation.

Confirming the arrest through a statement recently, the agency’s spokesperson, Wilson Uwajuren, said listed the items recovered from the suspects to include laptops, phones, and a Toyota Camry car.