US army kills Al Qaeda leader during raid of Afghanistan… 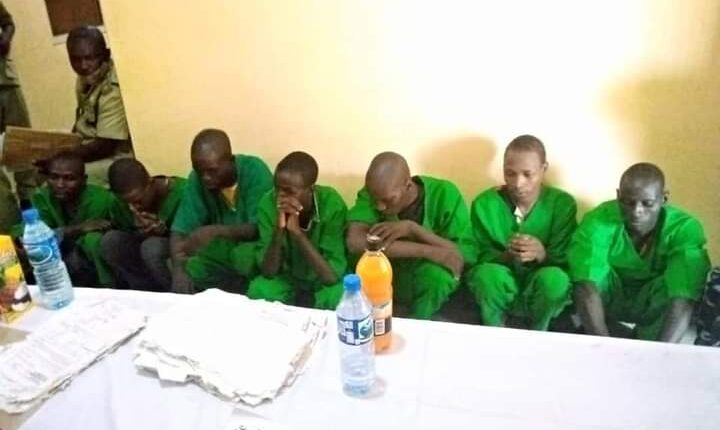 The Bauchi State Government has freed no fewer than eleven inmates with various offences from Custodial Centers across the state to rejoin the society and resettle to pick up their lives and begin new journey of crime-free lifestyles.

The inmates were freed by the state’s Chief Judge, Justice Rabi Umar, during her third quarter visit to Custodial Centres acros the State.

The Chief judge was accompanied by members of the Administration of Criminal Justice Committee, comprising of the Nigerian Police, the Director Public Prosecution(DPP) from Ministry of Justice, the Nigerian Bar Association Bauchi Chapter and the Controller of Corrections.

The entourage toured Misau, Zaki,Gamawa and Azare Custodial Centres respectively. Others include Jama’are, Ningi and Bauchi Custodial Centres, where she reviewed cases of awaiting trial inmates presented to her and released deserving ones.

While addressing the released inmates, the Chief Judge admonished them to be law abiding citizens and shun crime.

Umar also took time to address inmates with terrorism-related charges who have been languishing in custody for a long time without trial..

She assured them that government and relevant agencies are doing everything possible to address their problems, urging them to remain calm and exercise more patience.

Also addressing Sharia Court judges, the Chief Judge urged them to refrain from sentencing all manners of suspects into custody especially those with minor offences because, according to her, that brings about congestion in Custodial Centres.

In his remarks, Controller of Corrections, Bauchi State Command, CCS Kabir Galadanci, commended Umar and the state government for making the visit to Custodial Centres possible. He said that the visit would go along way in decongesting the centres and further give hope to the inmates.