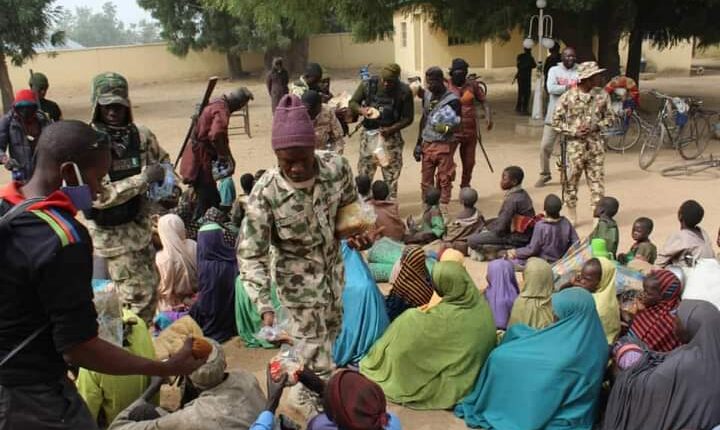 No fewer than 104 Islamic State in West Africa Province (ISWAP) terrorists and their families have surrendered to the Nigerian Army through troops of 25 Task Force Brigade Damboa, Borno State.

The total 104 terrorists were said to have comprised 22 males, 27 females, and 55 children who had surrendered on Saturday 5 February 2022 to the military personnel. 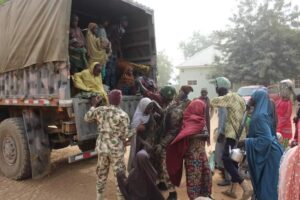 The arrest followed the week-long sustained aerial attacks by military fighter aircraft, including a Super Tucano of the Nigerian Air Force (NAF) that raided ISWAP camps in the area.

Onyeuko had during a briefing held in Abuja last December said the surrender of the persons to troops, comprising 51 adult males, 67 adult females, and 74 children, was part of the successes recorded by the military between November 25 and December 9, 2021.