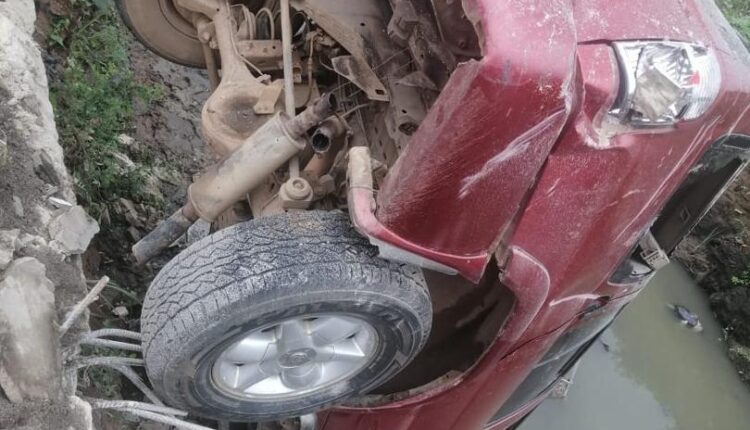 No fewer than 10 worshippers were confirmed to have escaped death after their Sport Utility Vehicle (SUV) skid off the road and plunged into a canal in Magodo axis of Lagos State.

Among the 10 worshippers, who also sustained varying degrees of injuries, were children and a cleric and have been hospitalised at a private medical facility in the state.

The vehicle, with number plate BDG 234 DW, was said to have left the road at about 10:28 a.m on Monday after it experienced a brake failure on Tokunboh Macauley Street, off Emmanuel Keshi in Magodo. 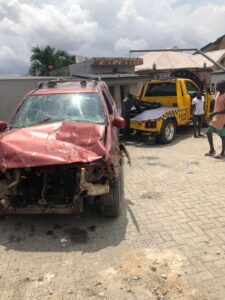 Speaking on the accident, the Director-General of Lagos State Emergency Management Agency (LASEMA), Dr. Olufemi Oke-Osanyintolu, explained that the vehicle fell into the canal immediately after it skid-off.

Oke-Osanyintolu, who supervised the vehicle’s recovery, said that the occupants of the SUV were involved in a lone accident, saying the emergency officials arrived at the scene barely 10 minutes after the accident.

He said: “Information gathered by the team at the incident scene revealed that the vehicle suffered brake failure which culminated in minor injuries sustained by 10 persons who were taken to a private hospital before the arrival of the Agency’s officials. The Nissan Jeep has been recovered from the canal utilising the Agency’s light tow truck”.