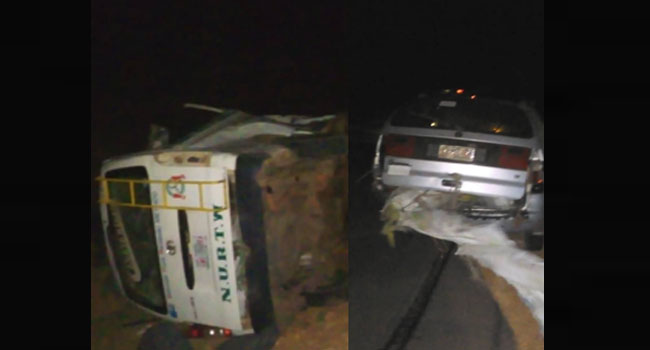 No fewer than 10 passengers were reported to have died and seven others sustained varying degrees of injuries during an auto crash involving a Hummer Bus and another mini-bus in Yobe State.

As gathered, the accident involved passengers in the hummer bus with number plate GWL350 XA and the Sharon bus had as  number plate XF218 GME,

Adeleye added that the accident occurred near Gashaka along Potiskum-Gombe road at about 10.22 pm, when less number of vehicles ply the road.

The Corp Marshall disclosed that the accident could have been avoided but happened as a result of overspending by the driver of the Sharon Bus.

Adeleye further revealed that the corpses have been deposited at the mortuary of the Specialists’ Hospital in Potiskum, a 20-kilometer distance from the scene of the accident. Those injured have also been rushed to the hospital.