Obaseki not backing down from Edo guber race after APC…

10 movies you mustn’t miss in October 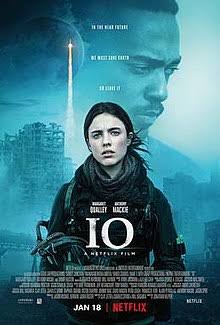 Bong Joon-ho has made some critically acclaimed films in his time – Okja, The Host, Memories of Murder – but Parasite is his best received film yet; it won this year’s Palme d’Or at Cannes and at the time of writing, had 100% on Rotten Tomatoes. It revolves around the four members of the street-smart but dirt-poor Kim family. Their luck seems to change when the teenage Ki-woo (Choi Woo-sik) scams his way into a tutoring job with the Parks, a family that is just like the Kims, only far wealthier. Soon, Ki-woo’s parents and his sister are moving out of their cluttered basement home and joining him in the Parks’ designer mansion. BBC Culture’s Emma Jones says that Bong’s “extremely funny” class-war satire is “a black comedy, a social commentary, an action thriller and a bloodbath, all rolled into one”.

Gemini Man is a rarity: a big-budget Hollywood sci-fi-action movie based on an original concept, rather than on a superhero comic or an old TV series, even though this particular original concept is more than 20 years old. In it, a government assassin is being hunted down by his own clone. The original script was sold by Darren Lemke to a studio in 1997, and since then almost every male A-lister has been attached as a potential star. Now, at long last, Ang Lee has directed Gemini Man, and he’s used cutting-edge digital de-aging to let Will Smith play both the veteran assassin and his much younger doppelganger. In the latter role, Smith looks as fresh-faced as he did when he was The Fresh Prince of Bel-Air.

Joker won the top prize at this year’s Venice Film Festival, and Joaquin Phoenix is bound to get an Oscar nomination for his scary yet sympathetic central performance. All in all, that’s not bad going for the origin story of a DC Comics’ supervillain. But Todd Phillips’s film is dingier and nastier than the average Batman blockbuster. Set in the 1970s in rundown New York – sorry, Gotham City – it’s a tribute to two of Martin Scorsese’s urban-decay dramas, Taxi Driver and The King of Comedy, and it even has a cameo by their star, Robert De Niro. Does it match up to Scorsese’s own masterpieces? Perhaps not, but Xan Brooks from the Guardian believes that this “gloriously daring and explosive film” is “a tale that’s almost as twisted as the man at its centre, bulging with ideas and pitching towards anarchy”.

On general release from 3 October

Could a black-and-white chamber piece about a pair of flatulent, foul-mouthed lighthouse keepers be the film of the year? Quite a few critics have been saying so ever since The Lighthouse debuted at Cannes in May. It’s directed and co-written by Robert Eggers, who made a memorable debut in 2015 with another historical horror, The Witch. Staying in New England for his follow-up, The Lighthouse is set at the dawn of the 20th Century, with Willem Dafoe as a peg-legged old sea dog, and Robert Pattinson as the Canadian ex-logger who is stuck with him in a remote lighthouse. The insanity that follows, says Joseph Walsh at Time Out, “almost defies belief”. A uniquely strange tale of mystery and madness, “The Lighthouse leaves you dazed, terrified and elated, and it signals Eggers as one of the most exciting directors working today”.

Just fractionally behind Shaun of the Dead in the zom-com canon, Zombieland was one of the funniest films of 2009, with an ensemble cast to die for – and come back from the dead for. Jesse Eisenberg played the nervous Columbus, Woody Harrelson was the rootin’ tootin’ Tallahassee, and Emma Stone and Abigail Breslin were the sceptical sisters who completed their makeshift family. Then there was Bill Murray’s self-parodying cameo, which ranks as one of his most enjoyable ever performances. Why the director and writers have waited a whole decade to make a Zombieland sequel is one of life’s most vexing mysteries, but we’re finally revisiting the first film’s undead-infested US. Now, the two big questions are whether Murray can be in it, considering that he was killed in the first film, and whether we’ll have to wait another decade for Zombieland 3.

Released on 10 October in Australia and 18 October in the UK, the US and Canada

Mystify isn’t the first documentary about Michael Hutchence, the charismatic INXS frontman who died in 1997, but it’s undoubtedly the most intimate and affectionate. Its writer-director, Richard Lowenstein, was a friend of Hutchence who made several INXS videos, as well as Dogs in Space, the Australian punk-rock drama starring the singer. Because of this friendship, he has been given access to previously unseen home-movie footage, plus interviews with the likes of Nick Cave, Bono, Kylie Minogue and Helena Christensen. According to Harry Windsor at The Hollywood Reporter, Mystify “should prove essential viewing for the subject’s fans: a tender portrait of the man’s highs and lows that sheds new light on the broken years that directly preceded his suicide at 37”.

During World War Two, a 10-year-old German boy (Roman Griffin Davis) is desperate to be a dutiful Nazi, only to discover that his mother (Scarlett Johansson) is hiding a Jewish girl (Thomasin McKenzie) in their house. It may not sound like the stuff of a big-hearted comedy, but Taika Waititi can make anything warm and funny, from vampires (What We Do in the Shadows) to intergalactic superheroes (Thor: Ragnarok) to delinquent New Zealanders (Hunt for the Wilderpeople). As well as writing and directing Jojo Rabbit – the winner of the People’s Choice Award at the Toronto International Film Festival – Waititi co-stars as the boy’s imaginary friend, a nitwitted Adolf Hitler. Peter Howell of the Toronto Star says that he “knocks it out of der park with the meaningful lunacy of his anti-hate satire, which is equal parts Mel Brooks, Wes Anderson and Waititi’s own whimsical brilliance.”

It’s been a long while since a Terminator sequel has been worth getting excited about. Terminator 3: Rise of the Machines wasn’t up to much, and Terminator: Salvation and Terminator Genisys were both so faulty that they almost consigned the franchise to the scrapheap. So, what’s different about Terminator: Dark Fate? Well, for the first time since Terminator: Judgment Day in 1991, Linda Hamilton is playing Sarah Connor, Edward Furlong is John Connor, and James Cameron is the producer – if not the writer-director. In short, you can pretend that this is the real Terminator 3, and that none of the other sequels ever existed.

Released on 23 October in the UK and France, 31 October in Australia, New Zealand and Hong Kong and 1 November in the US, Canada, France and Spain

Here’s another chance to see Angelina Jolie with wings, horns, pointy prosthetic cheekbones, and a vaguely English accent. In 2014 she starred in Maleficent, Disney’s live-action remake of the Sleeping Beauty cartoon from 1959. The twist was that the eponymous wicked fairy wasn’t so wicked, after all, and that the real villain was the father of Princess Aurora (Elle Fanning). The sequel’s subtitle promises that Maleficent will actually be malevolent this time around, her change of heart prompted by Aurora’s engagement to a handsome prince (Harris Dickinson) with a sneaky mother (Michelle Pfeiffer). The subsequent all-out war between demons and humans looks as if it will be less fairy tale, more Game of Thrones series finale.

On general release from 16 October

It’s either very brave or very stupid to make a sequel to one of the greatest horror movies in cinema history, but Mike Flanagan has done it. His new film is adapted from Stephen King’s novel, Doctor Sleep, which was a sequel to The Shining. But Flanagan says that it also “exists very much in the same cinematic universe” as Stanley Kubrick’s film of The Shining, so you can expect to see blood gushing from lifts, spooky twin girls, headache-inducing carpet patterns, and plenty more Kubrickian imagery. Ewan McGregor stars as Danny Torrance, the boy with psychic powers in the 1980 film. Now a middle-aged hospital counsellor, he is chased by an evil cult led by Rebecca Ferguson’s Rose the Hat. Time to check into the Overlook Hotel?